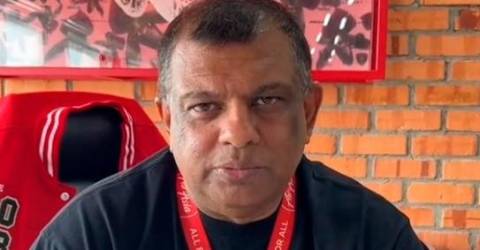 AFTER a series of BTS-related news in Malaysia, ARMYs are starting to wonder if their favourite boy band is coming to town.

Twitter user and BTS fan @FARYTAEIL tweeted: “is Big Hit planning to bring BTS to Malaysia??? Because look at these… Should I panic???” along with a trail of breadcrumbs they seem to think are leading to what they’re hoping.

Among them is a post from Universal Music Malaysia’s Instagram, which is a picture captioned: “Who would you fly to Malaysia for a concert?” with artistes and a flight ticket to Kuala Lumpur. The artistes named were Billie Eilish, Olivia Rodrigo, The Weeknd, keshi, Imagine Dragons, and of course, BTS.

ARMYs flooded the comment section, pleading for the music company to bring their beloved boy band to Malaysia for a concert.

A few days ago, @morningKall also tweeted that there will be an IN THE SOOP pop-up in 1 Utama starting from April 29 to Aug 28, 2022. As of writing, the tweet has more than 26k retweets and 152k likes, with excited fans saying that they can’t wait for the pop-up.

Besides that, fans also noticed that Fernandes had recently posted a picture of him and Big Hit’s founder, Bang Si-hyuk on his Instagram.

Although there’s still no official say in whether the boy band is actually coming to Malaysia, the super sleuthing fans are nonetheless very enthusiastic, encouraging other BTS fans to start saving up in case it actually happens.