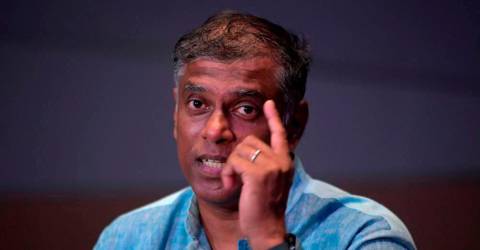 KUALA LUMPUR: National hockey squad head coach A. Arul Selvaraj is still considering whether to bring on a reserve for the 2023 Hockey World Cup after national forward Muhammad Sharil Saabah got injured during the match against Chile at the Birsa Munda Stadium in Rourkela, India, yesterday.

Manager Datuk Mirnawan Nawawi said during a meeting today, Arul Selvaraj said he needed some time to make a decision on the matter.

“Muhammad Shahril suffered an injury (left leg hamstring) yesterday while playing against Chile, it was deemed a serious injury after being examined by medical experts,” he said in an audio clip sent by the Malaysian Hockey Confederation (MHC) to the local media yesterday.

In the opening fixture on Saturday, Malaysia lost 0-4 to three-time champions the Netherlands when at the Birsa Munda Stadium in Rourkela, while they had to fight hard before edging out Chile 3-2, in the second match yesterday.

The Netherlands remain top of Group C with six points after a stylish 4-0 win over New Zealand yesterday.