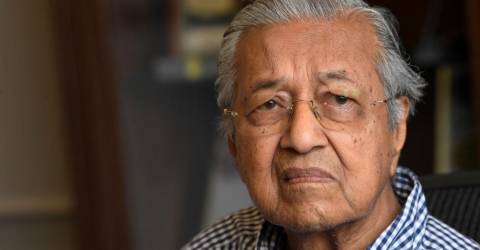 ALOR SETAR: Gerakan Tanah Air (GTA) pro tem chairman Tun Dr Mahathir Mohamad (pix) said he agrees with the practice of politicians declaring their assets but it should be done regularly and not just in an election season.

The former prime minister said the Dewan Rakyat should also make it mandatory for all Members of Parliament to publicly declare their assets.

“I agree (with asset declaration) but not just when an election is approaching. We should not be selective about the time. This we can do in the House (Dewan Rakyat and Senate),” he said.

A major portion of the 72 PKR candidates in the 15th general election (GE15) have declared their assets following a party directive.

Asked on Barisan Nasional’s Sungai Buloh candidate Khairy Jamaluddin’s intention to become prime minister one day, Dr Mahathir said any candidate who won a seat was eligible for the post.

“Many are qualified (to be PM) but there is no guarantee they can win. We should only talk after winning,” said the incumbent Langkawi MP.

In GE15, GTA candidates stand on the Pejuang ticket, except in Kelantan where they contest using the Putra logo.-Bernama