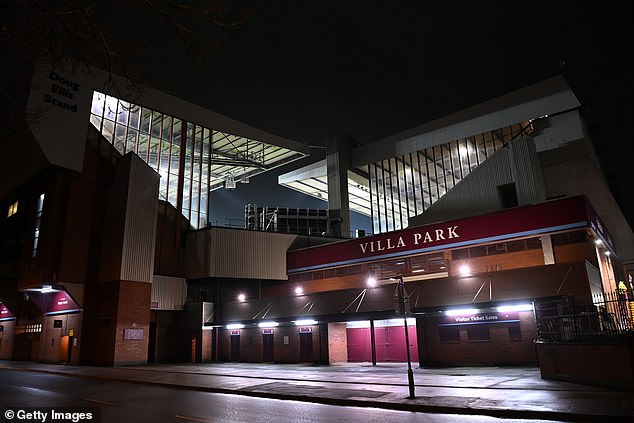 By Jack Bezants for MailOnline

Aston Villa‘s Premier League clash against Everton, scheduled for Sunday at Villa Park, has been postponed.

A significant number of Villa’s squad are still isolating after a Covid-19 outbreak at the club.

The game was meant to be played on January 17. Everton are fifth, while Villa are eighth and have played 15 games so far this season, the lowest number in the Premier League.

Their match against Tottenham was scheduled for Wednesday night but on Monday, they were replaced by Fulham and the game finished 1-1.

The outbreak at the Midlands club could have seen their FA Cup tie against Liverpool last week called off. Villa fielded players from their Under 23 and Under 18 team and they were beaten 4-1 by a strong Liverpool side.