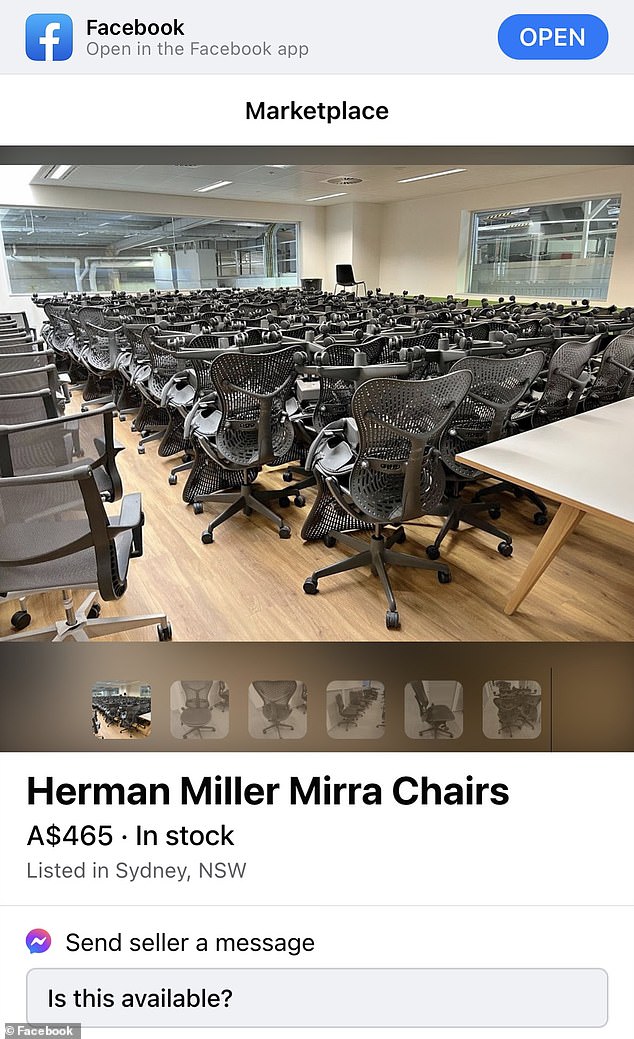 A tech entrepreneur has shared a disturbing image of an office chair graveyard, arguing it is proof of a tech industry ‘meltdown’ in Australia.

Evan Clark, a telecommunications engineer and the founder of education company ClickView, sparked debate when he shared a screenshot from an online sales platform this week.

‘Nothing says “tech meltdown” like hundreds of Herman Miller officer chairs on Facebook Marketplace,’ Mr Clarke tweeted, alongside an ad featuring dozens of chairs being sold for $465 a pop.

Mr Clarke shared the image in the wake of mass redundancies at global tech giants in their Australian offices.

Not everyone agreed with Mr Clarke’s tech meltdown theory – with others suggesting that the work from home revolution was to blame.

‘Maybe more staff WFH … We could remove half my office and we would still be good,’ one worker said.

Another said it could also be the result of an office refresh – and a potential bargain for other start-ups.

‘This is something common in other parts of the world, perhaps Australia has been immune to in the past,’ they wrote.

‘The best way to buy office furniture if you’re not an overly funded startup, is “bought, used briefly, good condition”‘.