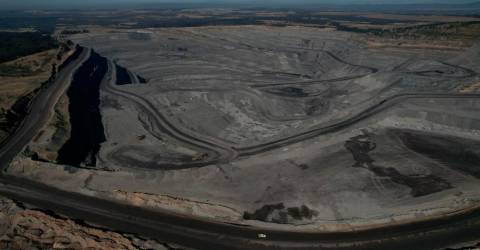 MELBOURNE: Australia urgently needs about A$13 billion (RM39.35 billion) in transmission investments to jumpstart the transition to renewable energy, the country’s energy market operator said today in a closely watched long-term plan for the grid.

The plan, two years in the making, came out just as Australia emerged from a power crunch amid several coal generation outages and soaring coal and gas prices which nearly led to blackouts.

The A$13 billion worth of network investments that the Australian Energy Market Operator said are needed in the near term make up just 7% of the total investment it estimated would be required in generation, storage and transmission by 2050.

“A clear message from our stakeholders and recent market events is that our energy system transformation is accelerating and irreversible,” Australian Energy Market Operator chief executive Daniel Westerman said in the Integrated System Plan.

The plan is based on a scenario that annual electricity consumption will double by 2050 as transport, heating, cooking and industrial processes are electrified, and 60% of coal-fired power capacity will retire by 2030.

The latest plan is closely aligned with the new Labor government’s pledge to cut Australia’s carbon emissions by 43% from 2005 levels by 2030, AEMO said.

In the six months since a draft was released, top power providers AGL Energy and Origin Energy have accelerated plans to shut their coal-fired power plants, highlighting the need to speed up construction of transmission to handle more renewable energy capacity.

The five key transmission projects needed would bolster connections within and between the states of New South Wales, Victoria, South Australia and Tasmania.

The market operator said those projects are now expected to be completed between July 2026 and July 2031.

However it warned that “supply chain limitations and other factors are threatening the planned delivery timelines of some transmission projects”. – Reuters