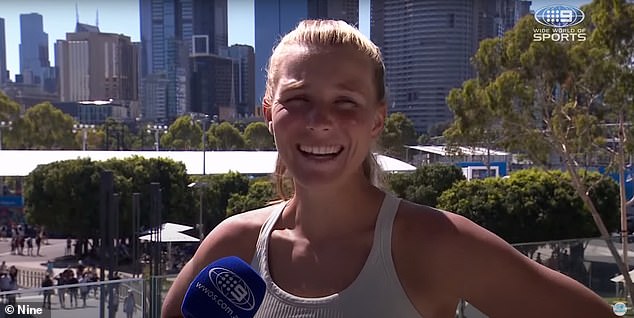 Watch as completely shocked Aussie tennis star, 24, learns she just made a small fortune after powering into round three of the Australian Open


A young Australian tennis star was lost for words after finding out she’d earned $221,000 for making it into the third round of the Australian Open.

Maddison Inglis, 24, from Perth was elated after winning her second round match against American Hailey Baptiste, and was completely unaware she’d just pocketed close to a quarter of a million dollars.

Speaking to Nine News after the match, Inglis first learned of her windfall when she was asked how the prize money would help further her career.

Maddison Inglis, 24, from Perth was elated after winning her second round against American Hailey Baptiste – and completely clueless that she’d just pocketed a small fortune

‘But that’s huge. Um, I think I … sorry, I didn’t know that at all,’ she added as she broke into laughter.

‘I guess going into the other match the other day and today I didn’t think too much about the money, which is a good thing.’

Inglis said the windfall would help her secure an external coach.

Inglis is the only Aussie woman left standing in the singles besides world No.1 Ash Barty, and she will face off with Estonian Kaia Kanepi on Saturday.

If Inglis plays her way into the third round she’ll take home a whopping $328,000. 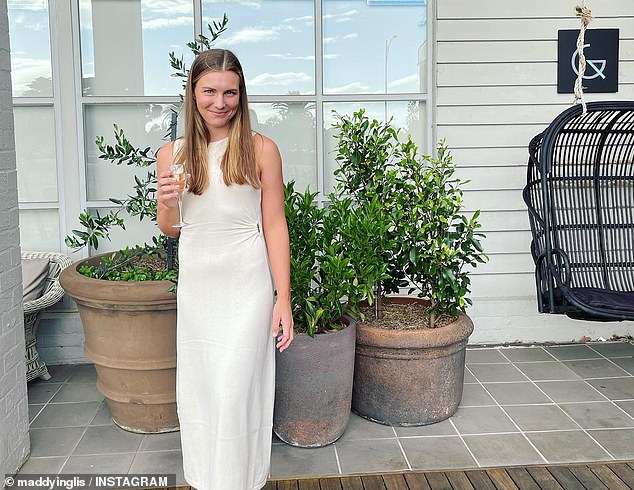 Other than world No.1 Ash Barty, Inglis is the only Aussie woman left standing in the singles and will next face off with Estonian Kaia Kanepi on Saturday