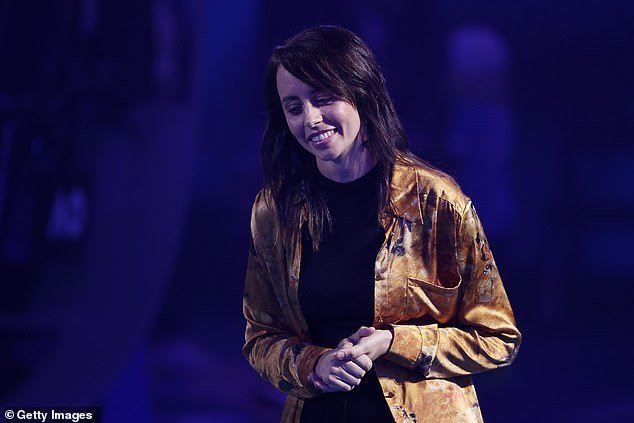 ‘Where was the passion?’ Australian Open kicks off with the ‘worst national anthem ever’ by singer Gordi who FORGOT the new lyrics – just moments after a bizarre Canadian musical performance

The Australian Open men’s singles final has started with what critics have slammed as the ‘worst national anthem ever’.

Singer Gordi took to Rod Laver Arena at Melbourne Park before the blockbuster clash between Novak Djokovic and Daniil Medvedev to perform the national anthem.

‘The worst Australian anthem ever. Wheres the passion?,’ one person said.