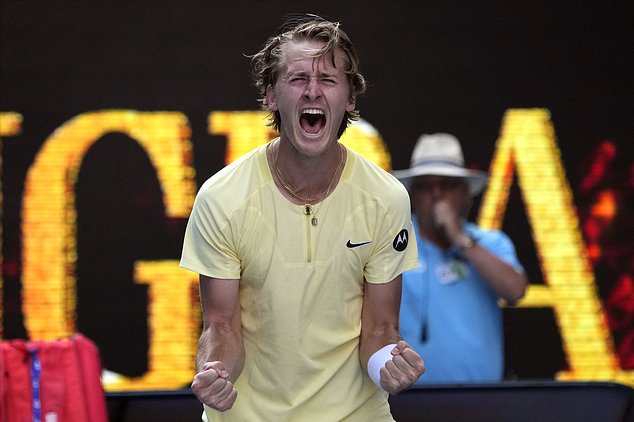 American rising star Sebastian Korda has reached the first Grand Slam quarter-final of his fledgling career after battling through a five-set thriller to beat Poland’s No 10 seed Hubert Hurkacz at the Australian Open.

The 22-year-old, from Florida, went into the match as a big underdog but found himself two sets to one up and in with a brilliant chance of sealing a victory.

He lost the fourth set 6-1 and then looked on his way to a heartbreaking defeat after losing the momentum, but a topsy-turvy clash eventually ended in his favor after a grueling tie-break in the deciding set.

Sebastian Korda of the U.S. celebrates after defeating Hubert Hurkacz of Poland 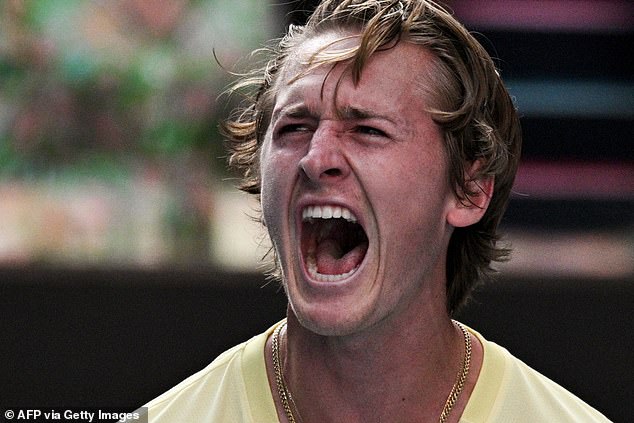 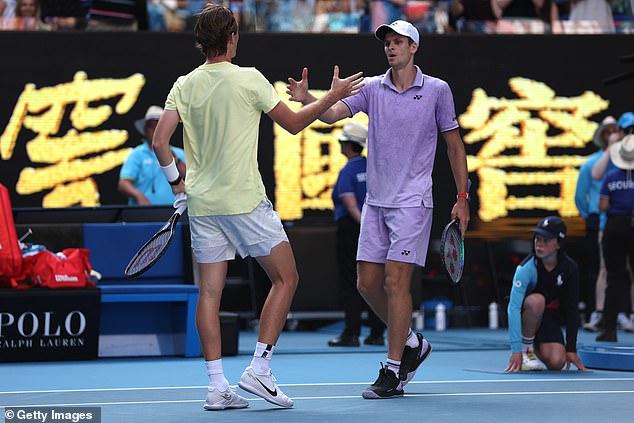 It was a heartbreaking defeat for Hurkacz, who won the third and fourth sets to force a fifth

His victory over Hurkacz followed up a third-round win against 2021 U.S. Open champion Daniil Medvedev, who had reached the final at Melbourne Park each of the past two years.

Korda’s father, Petr, won the 1998 championship at the tournament. Korda’s mother was a professional tennis player, too, and his two older sisters play pro golf.

In the quarters, the US star will face No 18 seed Karen Khachanov, who overcame Yoshihito Nishioka to book his spot in the last eight. 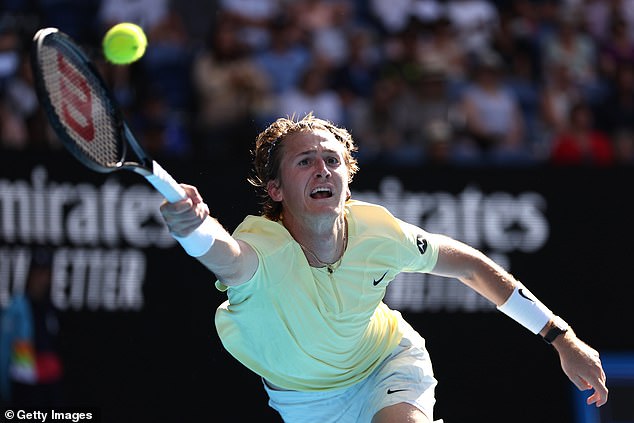 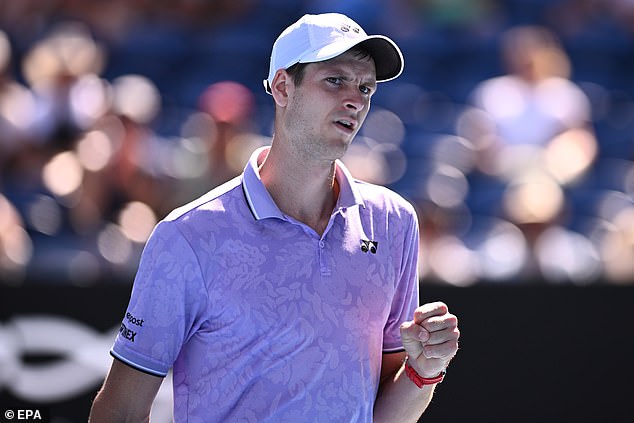 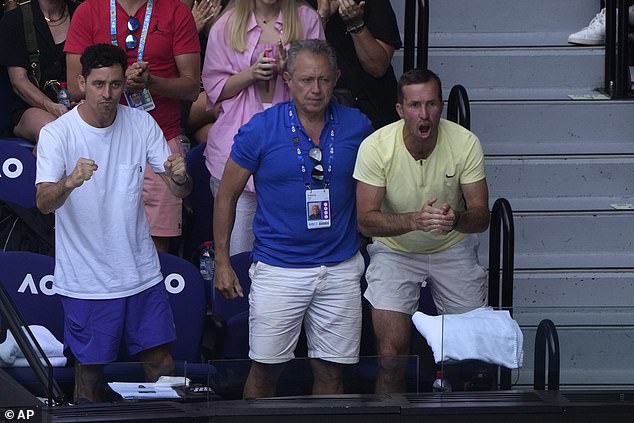 Korda was cheered on by his coach, former world No 8 Radek Stepanek (R), in his players’ box