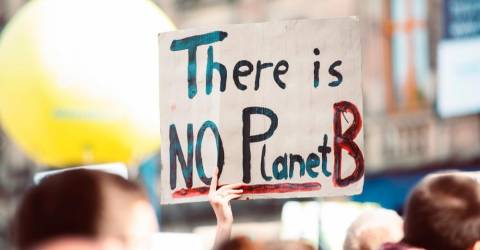 CANBERRA: A majority of Australians want the government to do significantly more to reduce carbon emissions, a poll has found.

According to data published by the Australian Broadcasting Corporation (ABC) on Thursday, Xinhua reported, 59 per cent of voters believe Australia should be doing “much more” to cut emissions and another 20 per cent said Australia could be doing “somewhat” more.

Only 7 per cent of voters said Australia should be cutting fewer emissions.

The data was collected by the ABC’s Vote Compass, which asks users a series of questions and tells them where they belong on the political spectrum in the lead-up to the general election on May 21.

Previously-released data from the tool found that voters considered climate change the biggest issue in the election.

The governing Coalition has promised to reduce emissions by 26-28 per cent from 2005 levels by 2030 and has committed to a 2050 net zero target.

If victorious on May 21, the opposition Labor party has promised a 43-per cent emissions reduction target by 2030.

However, the left-wing Greens and independent election candidates, who could hold the balance of power, have criticised both major parties’ climate policies, calling for Australia to reach net zero emissions by 2035 or earlier.

The Vote Compass data found strong support for greater action on emissions reduction among voters regardless of their voting intention.

Ninety-nine per cent of Greens supporters, 96 per cent of Labor voters and 58 per cent of Coalition supporters said Australia should do much or somewhat more to reduce emissions.

About 10 per cent of Coalition and 2 per cent of Labor voters said the next government should do less to tackle emissions. – Bernama