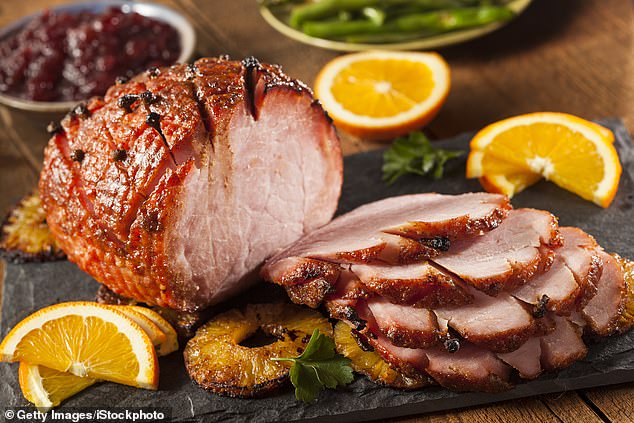 REVEALED: The best supermarket hams in Australia for 2020 – and a $11.99 hock has taken out the top spot

Australia’s best supermarket ham has been named by a trio of experts – and one of the cheapest hocks came out on top.

Judges graded meat from Coles, Woolworths, Costco, Aldi and IGA on appearance, aroma, texture and taste to determine which is worth splashing cash on this holiday season.

And it was Aldi’s $11.99 Triple Smoked Ham Half Leg that took the coveted title of ‘Overall Favourite’, with judges describing it as a ‘good-looking, strong ham with a uniform colour and a long-lasting, smoky taste that isn’t overpowering’.

Costco’s $7.99 Central Highlands Pork Ham on the Bone was voted ‘Best Overall Value’ for its ‘well-balanced taste’ that borders between sweet and smoky.

Judges Margo Andrae, who is the CEO of Australian Pork Limited, Judy Croagh – a farmer from Western Plains Pork – and Clement Chauvin, owner and executive chef of Canberra restaurant Les Bistronomes, said it would make the ‘perfect baked ham’.

The cut is made with 100 percent Australian pork, bred outdoors.

The best hams at each supermarket

A survey of 1,000 Australians by the Australian pork industry found roughly 68 percent of shoppers plan to buy their Christmas hams from a supermarket, rather than a butchers or delicatessen.

Just over 62 percent of those surveyed said they have become more focused on buying locally made meat and fresh produce in the past 12 months.

This shift is likely to have been triggered by the pandemic, which has wreaked untold financial hardship on small businesses and farms across the country.

‘Fortunately this Christmas, we’re seeing plenty of ham made using Australian pork in supermarkets across the country, making it affordable and accessible for families while also supporting our farmers and regional communities,’ CEO of Australian Pork Limited Margo Andrae told news.com.au.