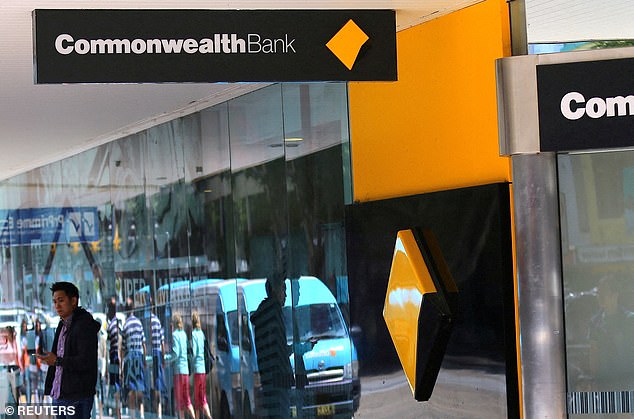 Australia’s biggest home lender has hiked its fixed mortgage rates by a massive 1.4 percentage points in a clear, unprecedented sign it is expecting a surge in official interest rates.

The Commonwealth Bank on Thursday raised its fixed mortgage rates for both owner-occupiers and investors seeking one to five-year terms, as it warned of another big Reserve Bank rate rise in July.

‘Today’s fixed rate hikes from Australia’s biggest bank are anything but typical,’ she said.

‘We haven’t seen one-off hikes of this size and scale from CBA in our records.’

As of this week, no lenders in Australia are offering mortgage rates of less than two per cent.

Before the Reserve Bank raised rates in May, Canstar listed 68 products with that low rate, down from 193 a year ago.

The Commonwealth Bank said a 0.5 percentage point increase from the Reserve Bank, on July 5, was now more likely following a 5.2 per cent increase in the minimum wage, taking effect on Friday.

This would take the RBA cash rate to a three-year high of 1.35 per cent from 0.85 per cent, and see a variable rate borrower with an average $600,000 loan owe an extra $163 a month on their mortgage repayments.

Gareth Aird, CBA’s head of Australian economics, said Reserve Bank governor Philip Lowe had already given several clues that a half a percentage point increase in July was more likely.

While fixed rates have risen, the Commonwealth Bank has cut its Extra Home Loan variable rates by 0.15 percentage points, taking the lowest discount rate to 2.79 per cent from 2.94 per cent.

The more popular CBA variable rate, with less onerous credit card restrictions, is also falling by 0.15 percentage points to 2.89 per cent from 3.04 per cent.

‘While CBA might have turned its back on competition in the fixed rate sector, it has got its eyes squarely focused on reeling in new variable rate customers,’ Ms Tindall said.

The relief would only be very short lived, with CBA variable rates lowered just five days before the Reserve Bank’s next monthly board meeting. 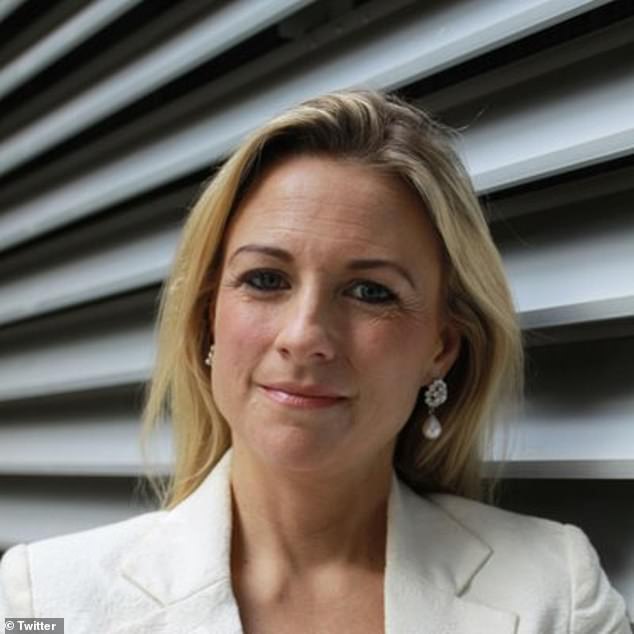 Under the new lower 2.89 per cent variable rate, a Commonwealth Bank borrower with an average $600,000 mortgage would paying $2,495 a month in repayments.

But a half a percentage point increase in the RBA cash rate would see this rate rise to 3.39 per cent, sparking a $163 increase in monthly repayments to $2,658 should CBA pass on in full the official increase.

Like its rival Westpac, the Commonwealth Bank is expecting a 0.5 percentage point rise at the RBA’s July 5 meeting, taking the cash rate to 1.35 per cent – the highest level since June 2019.

The May rise of 0.25 percentage points was the first increase since November 2010.

Another rate rise in July would see the cash rate rise for three months in a row for the first time in almost 12 years.

This would mark the steepest pace of increases in such a short time since late 1994, during the early years of the internet.

Mr Aird said a 5.2 per cent increase in the minimum wage was likely to be used as an excuse to raise the cash rate by half a percentage point in July. 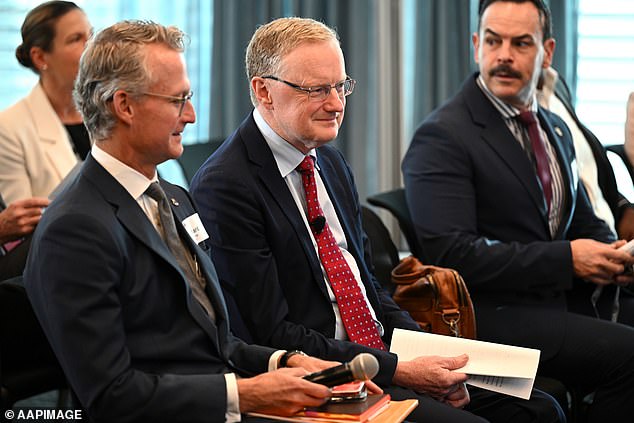 The $40 a week increase for Australia’s lowest-paid workers is slightly above the 5.1 per cent inflation rate – the highest since 2001 and at a level well above the RBA’s two to three per cent target.

‘The governor will likely refer to the increase in the 2022/23 minimum wage of 5.2 per cent and the RBA’s recent upward revision to their assessment of the near term inflation outlook as justification for a consecutive 50 basis point rate increase,’ Mr Aird said.

The Commonwealth Bank is expecting the Reserve Bank to raise the cash rate by 0.25 percentage points in August, September and November – taking the cash rate to 2.1 per cent, the highest level since May 2015.

‘We’re going to look at the data that we have each month and at the level of interest rates and the inflation outlook, but I expect that next month we’ll be having the same discussion at our Board meeting: 25 or 50,’ he told the American Chamber of Commerce in Australia on June 21.

Mr Aird said a rate rise in July was almost a certainty.

‘There is universal agreement amongst economists and market participants that the RBA will deliver another rate hike,’ he said.

‘Indeed the RBA governor has all but assured financial market participants that the cash rate will be raised in July.’

Canstar finance expert Steve Mickenbecker said Australians would be unlikely to see mortgage rates of less than two per cent ever again in their lifetimes.

‘The May and June Reserve Bank cash rate increases have put an end to an era of home loan interest rates below two per cent, something we may never see again,’ he said.

What a 0.5 percentage point rate rise in July means for borrowers