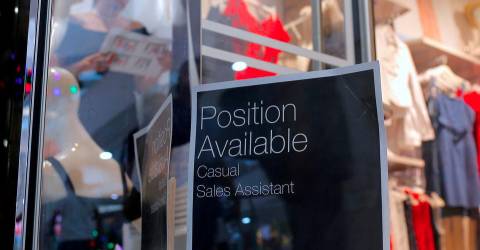 SYDNEY: Australia’s opposition Labor Party leader, Anthony Albanese, said Monday he was only human after forgetting the country’s unemployment rate on the first full day of campaigning for May 21 elections.

Albanese’s party is ahead in the polls as he seeks to oust Prime Minister Scott Morrison’s conservative coalition government.

The economy is a key issue for many of the country’s 17 million voters.

Asked to give the national jobless rate by a reporter, Albanese stumbled, replying: “The national unemployment rate at the moment is, I think it is 5 point…4, sorry, I am not sure what it is.”

Australia’s unemployment rate is at a 13-year low of 4.0 percent, a level that Morrison has been touting as he warns voters not to trust Labor with the economy.

Albanese also skirted questions on the key interest that banks charge each other for overnight loans. Known as the bank rate, or the cash rate, it stands at 0.1 percent.

“But when I make a mistake I will fess up to it and I will set about correcting that mistake. I won’t blame someone else. I will accept responsibility. That’s what leaders do.”

On a two-party basis, Labor leads the Liberal-National Party coalition by 53 percent to 47 percent, according to the latest Newspoll released this weekend.

Within hours, a Liberal Party advert on Facebook replayed a video of the opposition leader’s gaffe with the punchline: “It won’t be easy under Albanese.”

Multiple surveys show the cost of living, with gasoline prices soaring since the Russian invasion of Ukraine, is a key concern ahead of the election. — AFP