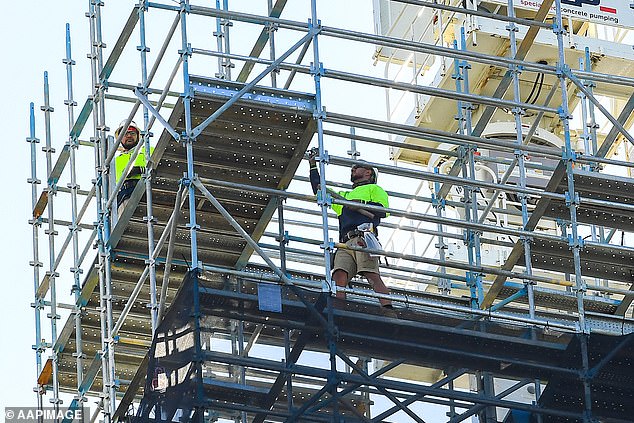 Australia’s unemployment rate plunges to 3.4 per cent – the lowest since the 1970s

Australia’s unemployment rate plunged to 3.4 per cent, the lowest level since August 1974.

Bjorn Jarvis, the head of labour statistics for the Bureau of Statistics, said the unemployment rate dropped by 0.1 percentage points in July.

Mr Jarvis said the figure reflects an increasingly tight labour market with high job vacancies. The number is about what was expected by economists.

Australia’s unemployment rate dropped to 3.4 per cent in July, according to new figures – the lowest number since August 1974

CommSec senior economist Ryan Felsman anticipated the jobless rate would remain unchanged at 3.5 per cent, with about 20,000 jobs created.

NAB economist Taylor Nugent offered a similar forecast, noting that the July figures ‘come with more than the usual level of uncertainty’.

The Reserve Bank of Australia expects the unemployment rate to fall even further in light of strong demand for labour and high numbers of open jobs.

The tight labour market is yet to show up meaningfully in higher wages, with the wage price index landing slightly below expectations on Wednesday