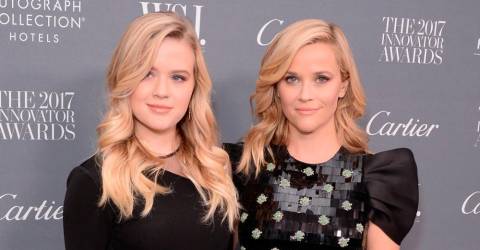 DURING the first weekend of this year’s Coachella’s music festicval, Ava Phillippe, 22, spoke to People magazine at Rachel Zoe’s ZOEasis event about her twinning moments with her mum, actress Reese Witherspoon.

Many have observed that Phillippe bears a striking resemblance to her actress mother, and the two have also been known to rock similar styles, which is a bond that remains strong even when they’re apart.

Even though Witherspoon decided not to attend Coachella this year, her daughter has been keeping her in the loop regarding her looks.

“She loves when I send her my outfit pics, so we’ve done that all day,” she told People.

As a bonafide Coachella veteran who has attended around seven Coachella festivals so far, Phillippe talked about how her style has evolved over the years.

“I’ve had so many different hair colours, pink, blue, purple, whatever. It’s so fun to have that funky hair for Coachella. But this year, I’m just going with my natural blonde,“ said Phillippe.

The festival veteran describes her style as “feminine meets a little bit of grunge with a little bit of edge,“ opting for a studded belt, a pair of cute boots, and a cool, flirty dress.

Phillippe expressed that her mother’s not a big festival person, and whenever they’d send each other their outfits for the day, she’d be surprised how “weirdly similar” they’d be.