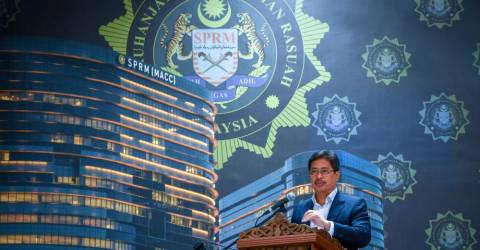 According to a report by The Malaysian Insight , Azam said MACC would accept the rankings if they were narrowed down based on corruption without involving other indicators.

“Even TI themselves say it is (based on) perception. If I want to go into details, the areas or sectors covered by TI (to determine the level of corruption) …not everything is related to corruption.

“It (the survey) involves human rights issues, business ethics, and so on. What has that to do with the corruption perception index?” the MACC chief reportedly said at an event in Putrajaya today.

For the 2021 CPI, Malaysia dropped five spots to rank 62 out of 180 countries, marking the second consecutive year that the country has declined in its ranking.