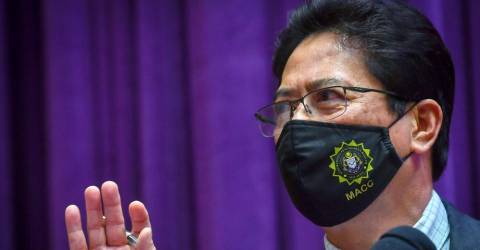 CIJ Executive Director Wathshlah Naidu said the latest development is seen as a form of intimidation and reprisal against a journalist, who, in good faith, provided evidence and research-based news articles on a matter of public interest.

“Investigative reports are an integral part of freedom of expression and the right to information. The media add another layer as whistleblowers. Protection of whistleblowers is also essential as its safeguards public interest and promotes a culture of public accountability and integrity.

“This defamation suit calls into question the role of Azam, as a public official, who, in his professional capacity, should be working towards the elimination of corruption and upholding rights to report news related to said matters,“ she said in a statement today.

Her comment comes after Azam filed a defamation suit against the journalist yesterday, seeking RM10 million in damages and a public apology for her articles.

It was reported that Lalitha revealed in two articles that Azam, then investigations director, acquired 2.15 million shares in Excel Force MSC Bhd in 2015, and 1.93 million shares in Gets Global Bhd the same year and 1.02 million shares the following year – he may not have declared them.

However, Azam has denied any wrongdoing, saying that the shares were bought by his brother using his account. The MACC advisory council had also cleared him of wrongdoing.