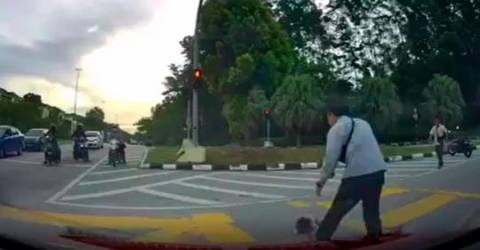 RECENTLY, a dashcam recording that showed a falling out from a moving car caught the public’s attention and went viral online.

The recording showed a car had made a u-turn in the area around Bandar Tasik Puteri, Rawang when the baby fell from the car and landed in the middle of the road.

The parents immediately came to rescue the child after they stopped their vehicle, rushed to the scene, and thanked the public for their help.

Commenting on the incident, the public urged the parents to use a car seat to ensure the safety of their children.

The government passed a new ruling in January 2020, making it compulsory for all children below 135cm tall to be strapped into an approved child restraint system.

However, it seems like not all parents are on board with this ruling, partly due to cost and lack of awareness.