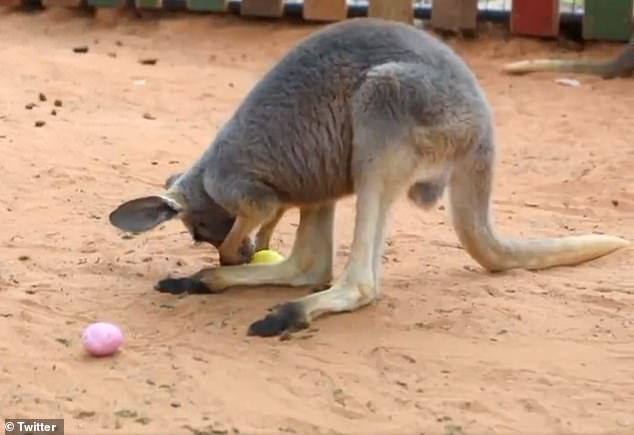 Hoppy Easter! Baby kangaroo is filmed going wild with excitement on being given eggs to play with by staff at Texas zoo

By Melissa Koenig For Dailymail.Com

Easter’s not just for bunnies!

A video posted on Twitter Sunday showed just how excited a baby kangaroo became after staff members at the San Antonio Zoo in Texas gave him some colorful eggs to play with.

The 33-second video, posted online by the San Antonio Zoological Society, starts with Mako the kangaroo sniffing and pawing at a yellow egg, apparently trying to figure out what to make of it.

Soon, though, Mako is seen jumping excitedly around the yellow egg, which he also apparently tried to grab and lift over his leg.

But in Mako’s excitement, he accidentally landed on the yellow egg, causing it to crack open. 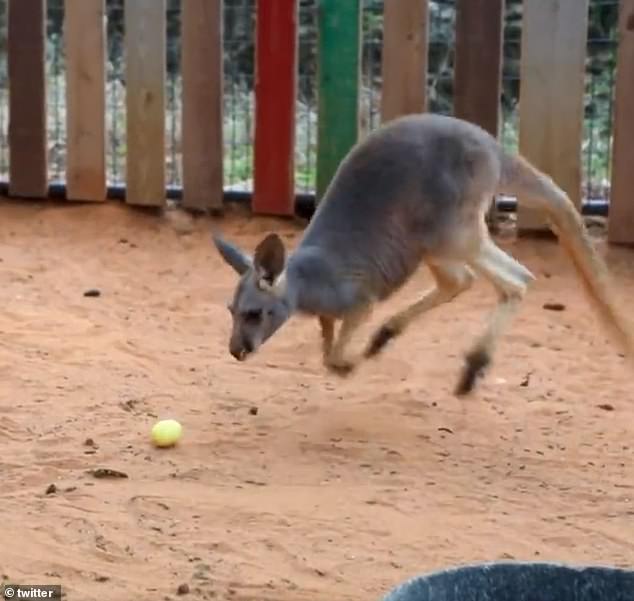 After examining a yellow egg for a while, the joey happily started jumping around it 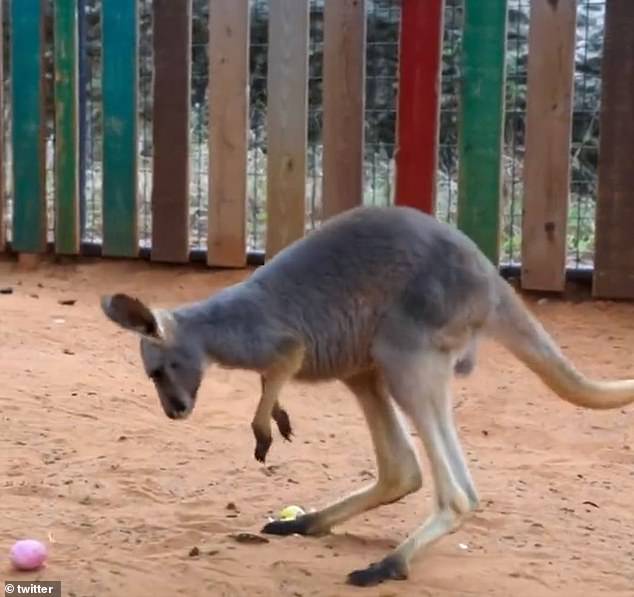 Unfortunately, in Mako’s excitement over the egg, he landed on it and crushed it

But Mako didn’t seem to mind, as he quickly turned his attention to another pink egg laying nearby.

He was seen in the video once again pawing at it and apparently trying to lift it.

The video has now been retweeted more than 30 times, and has garnered over 100 likes.

The San Antonio Zoological Society captioned it: ‘Mako’s reaction to Easter eggs has us in stitches!’ 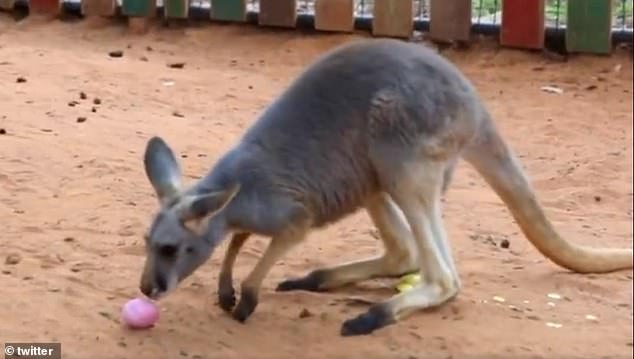 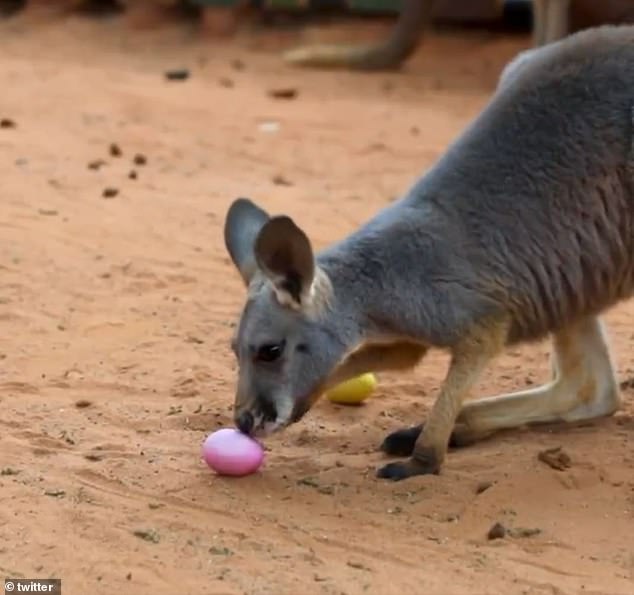