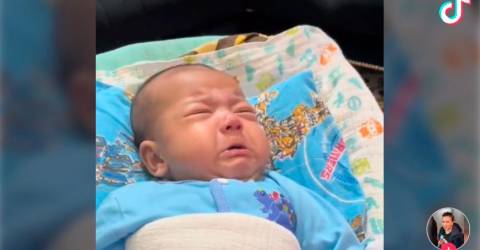 IT is said that music can play a role in a child’s growth and help develop their brain. Music has also been shown to have an impact on the brain’s development, even while a child is in the womb.

Recently, a viral TikTok video has proven how much music has an impact on babies, in particular, the songs of popular K-pop group BLACKPINK.

In the video, posted by the user @jad32991, the baby, who was said to be about two months old, was shown to be crying, but eventually stopped as the music video for BLACKPINK’s How You Like That played in the background.

The baby even appeared to be completely engrossed in the music video, watching it in rapt attention.

The video’s caption explained that the baby will stop crying whenever he hears a song by BLACKPINK.

It is quite possible that the baby can be considered the world’s youngest Blink (the official fandom name for the South Korean pop group).