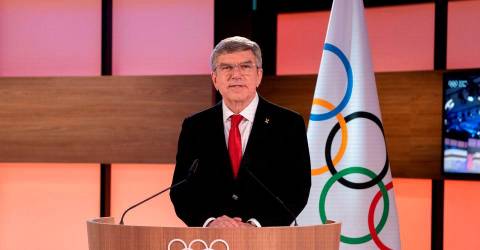 KUALA LUMPUR: The International Olympic Committee (IOC) president, Thomas Bach has appealed to world leaders for political neutrality and allow future Olympic hosts to welcome the best athletes from the entire world, regardless of political conflicts.

According to a statement from IOC, Bach said during his address at the G20 Leaders’ Summit in Bali, Indonesia, today, that the only way to bring the world together is by allowing all the 206 National Olympic Committee (NOC) countries to compete in the Olympics.

He said both the Olympic and Paralympic Games were about bringing the whole world together in peaceful competition without any discrimination, but the Russian invasion of Ukraine in February had affected the Olympic movement uniquely.

“We have condemned and sanctioned the Russian government in an unprecedented way for this blatant violation of the Olympic Charter. We are supporting the athletes and members of the Ukrainian Olympic community everywhere with all our solidarity.

“But in contrast to the far too many other wars and conflicts in our world, this war has resulted in some governments deciding which athletes would be allowed to participate in international sports competitions – and which not.

“If sport becomes -in this way- just another tool to achieve political goals, international sport will fall apart. Olympic sport needs the participation of all athletes who accept the rules, even and especially if their countries are in confrontation or at war,” he said.

Bach added that a competition between athletes from only like-minded states is not a credible symbol of peace, and IOC’s role is clear – to unite the world and not to deepen the divisions.

With the qualifications for the Paris 2024 Olympic and Paralympic Games set to begin in full swing next year, Russian and Belarusian athletes are still barred from almost all the international tournaments because of the war on Ukraine.

The G20 Summit brings together the Heads of State and Government from 19 countries and the leaders of the European Union (EU), which includes the United Kingdom, the United States, China, France, Germany, Indonesia, India, Japan, Russia, Saudi Arabia, South Africa and Turkiye.