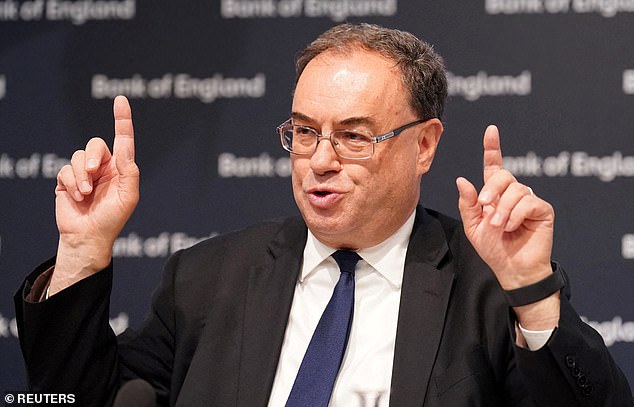 Andrew Bailey has been blasted by MPs for failing to protect British Steel pensioners while he was boss of the City watchdog.

Bailey, now Governor of the Bank of England, did not do enough to prevent ‘unscrupulous financial advisers’ from robbing steelworkers of their savings, the public accounts committee (PAC) found.

Around 7,800 British Steel employees were mis-sold pensions when the Government introduced ‘pensions freedoms’ in 2015, which allowed them to transfer savings into riskier defined contribution schemes.

The PAC said the Financial Conduct Authority (FCA) was ‘consistently behind the curve’, and ‘failed to take preventative action to protect consumers’.

PAC chairman Labour MP Dame Meg Hillier said: ‘Whatever your views on the freedoms introduced in 2015, they clearly came with significant risk.

‘Yet a full two years later the FCA was still behind the curve when the British Steel pension scheme was opened up for unscrupulous financial advisers to transfer steelworkers’ life savings out of a gold-plated scheme and into whatever investment would produce the highest adviser fees.

The head of the FCA, Andrew Bailey, stressed to the PAC that these were the ‘most complicated financial decisions a person could make in their lifetime’ – so how was it that even with two years’ lead time the organisation was unprepared?’

Hillier also criticised the FCA for creating an ‘inadequate’ redress scheme. It comes after Bailey, FCA boss between 2016 and 2020, was criticised for allegedly ‘falling asleep’ in a meeting about the British Steel pensions scandal.

Labour MP Nick Smith, who led the campaign for justice, said: ‘The FCA failed to get a grip on this scandal at the outset, was slow to respond in the aftermath and not nearly enough has been done to hold those responsible to account.

‘Working people need a regulator that protects them and is able to take strong action against the financial sharks that would target them.’

The FCA must review what went wrong, the PAC said, engage more with consumers and make better use of data.