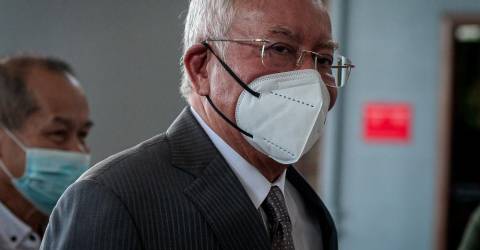 The court was also told that US$620 million was transferred into Najib’s account from Tanore Finance Corp on March 22, 2013.

Wedani said this when reading out her witness statement at Najib’s trial on the misappropriation of RM2.3 billion in funds from 1MDB.

“Those countries were the British Virgin Islands, Seychelles, Curacao and Cayman Islands. The MACC, which was representing the Malaysian government, applied to the LFSA to obtain information on Good Star Limited and PSI which were registered in Seychelles,” he said.

The 28th prosecution witness said following this, he sent a letter dated Aug 10, 2018 to the chief executive officer of Seychelles FSA and also to its supervision manager before a reply from the Seychelles FSA was received two months after the application was made.