The BBC spends £200 a day chauffeuring Breakfast host Dan Walker from his Sheffield home to the studios in Salford and back again.

The presenter, who is reportedly paid £250,000, gets the luxury service on the licence-fee payer three days a week.

It comes following an escalating row about wages at the corporation after it emerged women presenters are paid less than their male counterparts.

The Conservative government has also threatened to decriminalise non-payment of the £154.50 annual fee as it accuses the BBC of bias.

Dan Walker spends £200 of licence-fee payers money getting a car to and from the BBC studio in Salford. He is pictured on the show with co-presenter Louise Minchin

Mr Walker, 42, leisurely rides through the 39.4-mile journey to the Salford studios in an executive car, costing the BBC up to £30,000 a year, instead of driving himself or taking public transport.

A source told The Sun on Sunday last night: ‘It’s atrocious how much bosses fork out just for him to work.

‘If they’re paying that for one member’s travel on a basis, how much are they paying for the rest of them?’

BBC rules allow staff to claim for a taxi if they are travelling before 6am or after 22.45pm. While his morning journey falls within this bracket, his afternoon one does not.

Mr Walker could instead take a tram to Manchester Piccadilly, costing £1.40, before taking either TransPennine Express or East Midlands Rail, to Sheffield for £12.30.

He could also take the 250 bus to Manchester’s main railway station, which comes every eight minutes, for £4.10 for the day. 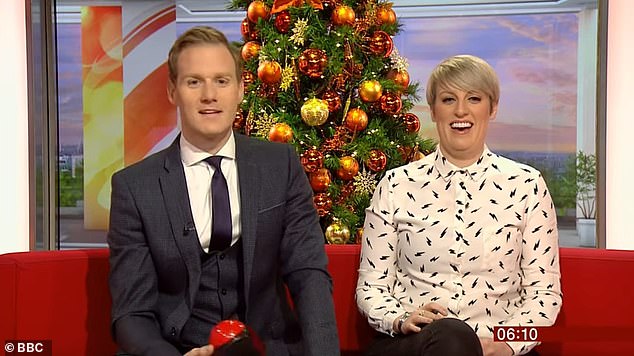 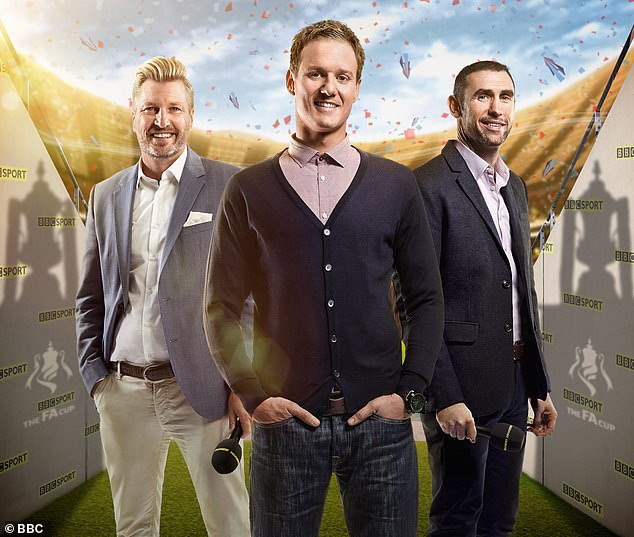 There’s no alternative for the morning, but in the afternoon Dan Walker could take these alternatives.

Drive himself: This would cost an estimated £4 in fuel, and cause CO2 emissions of 4.65kg

Take the train: Mr Walker could take a tram to Manchester Piccadilly for £1.40, before catching a train to Sheffield for £12.30

The journey would take him an hour and a half, the same amount of time as taken by an executive car on its way to the Salford studios.

In a week he would spend £41.10, less than half the current expenditure for an afternoon trip back in a taxi.

It would also save on emissions, with the RAC estimating that one journey in the taxi could emit as much as 4.65kg of CO2.

The presenter has been working on BBC Breakfast since 2016, and has also been on Football Focus since 2009, and is on the BBC’s ‘big earners’.

Mr Walker, who has a wife and three children, has also hosted Forumal One and quiz show Chase The Case. 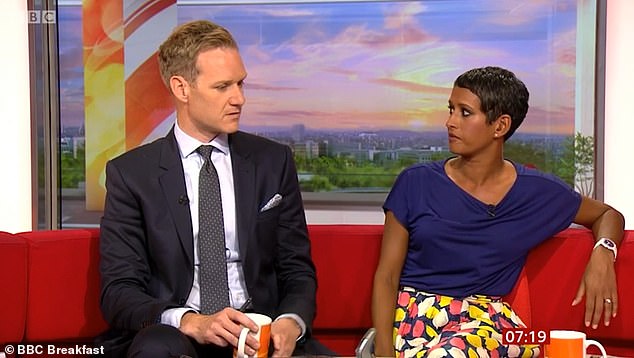 Explaining the difference last year, Dan said: ‘I was only high up the BBC list because I was doing other jobs for them, including working on Football Focus.

‘It’s awkward when your pay is front page news, but Louise and I knew we were earning the same from the start.’

The BBC have said they will not comment on individual cases.