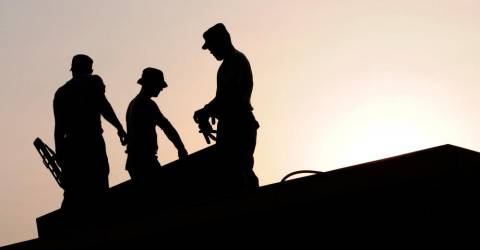 She said MPIC has no intention of disputing CBP’s prerogative, but feels the claims were unfair and biased.

“As much as we cannot totally agree with its reliance on remote or third-party evidence in its investigation process, we have to accept that at the end of the day, the enforcement agency is vested with the prerogative to act based on what it deems as proprietary information.

“The ban on Malaysian palm oil and palm oil products (or rubber gloves for the matter) is based only on allegations of forced labour claims made by the non-governmental organisations (NGOs) and other groups,“ she said in a statement today.

The US CBP had on Thursday (June 2) clarified on how it pursued its investigations that led to products from six Malaysian firms still being prevented from entering the US market after being slapped with WROs.

Zuraida said now that the modus operandi of the CBP and how its verdict was passed had been made clear, the onus is on industry players — especially those in the labour-intensive rubber gloves and plantation sectors — to pay heed to CBP’s sensitivities.

Hence, she said industry players should work around a remedial action plan to avoid being slapped again by a WRO for accusations of forced labour.

“In this regard, MPIC wishes to commend the Malaysian Rubber Gloves Manufacturers Association (MARGMA) for its recent engagement with CBP to further develop a clear respect and understanding of the roles played by both parties in the governance of labour issues,“ she said.

It is learnt that MARGMA has been spearheading such efforts since 2018 when it advocated a zero-debt policy and initiated remedial actions to be undertaken by each member to dislodge itself from the stigma of forced labour by leveraging the International Labour Organisation’s (ILO) 11 indicators as the guiding principle.

“Above all else, MARGMA has also formed an ESG Unit (environmental, social, and governance unit) and task force to actively educate and sensitise members and its employees on the 11 ILO indicators of forced labour.

“This vigorous exercise is done via partnership with the ILO, and the US, UK and European Union embassies/high commissions in Malaysia,“ she said. — Bernama