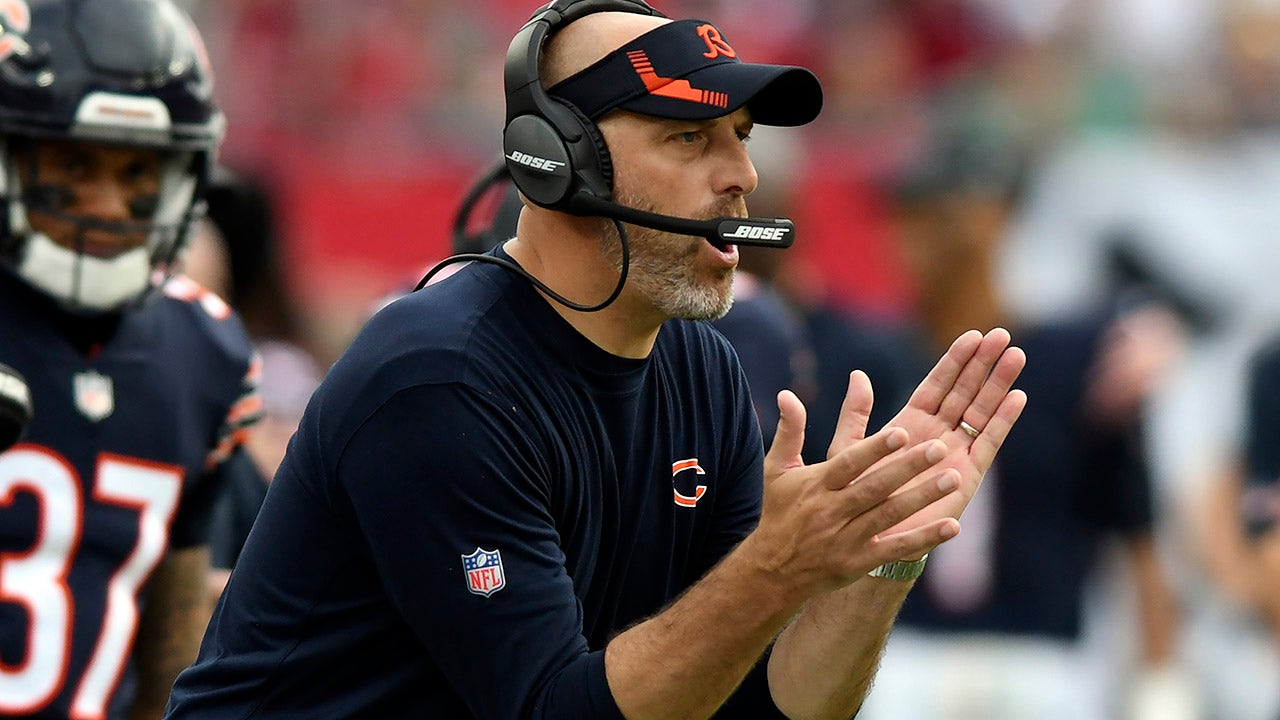 It might be a different story if Matt Nagy and the Chicago Bears lose to the lowly Detroit Lions, but for now, he said he hasn’t been told he’s getting fired.

Nagy was responding to a report from former Chicago Sun-Times reporter Mark Konkol, now of Patch.com, who wrote that Nagy was told he was getting canned Friday. The Bears play the Lions on Thanksgiving Day.

FILE – In this Dec. 29, 2019, file photo, Chicago Bears head coach Matt Nagy watches from the sideline during the first half of an NFL football game against the Minnesota Vikings in Minneapolis. The Bears failed to follow up successfully on Nagy’s debut season in which he led the franchise to 12 wins and the NFC North title. (AP Photo/Craig Lassig, File)

“This is not accurate,” Nagy said of the report.

Now, keep in mind that Konkol once won the Pulitzer Prize for his work at Sun-Times. And Nagy didn’t say the report was wrong. He only said it wasn’t accurate.

So maybe a more accurate version would go something like this: “Matt Nagy will be fired as coach of the Bears if they lose to the 0-9-1 Lions on the same day that Bears fans are trying to digest some turkey, stuffing and pumpkin pie.”

CHARLOTTE, NORTH CAROLINA – OCTOBER 18: Head coach Matt Nagy of the Chicago Bears calls out instructions in the first quarter against the Carolina Panthers at Bank of America Stadium on October 18, 2020 in Charlotte, North Carolina. (Photo by Grant Halverson/Getty Images)

After jumping out to a 3-2 start, the Bears have lost five straight. On the bright side, they’ve lost the previous two — to Pittsburgh and Baltimore — by only two and three points, respectively.

And Nagy is turning back to Andy Dalton as the starting quarterback for the injured Justin Fields, as relayed by OutKick’s Megan Turner.

Nagy avoided directly answering questions on whether he has received assurances from the front office beyond this season.

“My focus right now is on these players and on Detroit,” he said.

Right now, Nagy is still the coach of the Bears. He still may be on Friday too. Maybe he really hasn’t been told he’s a goner. But that could change, and all it might take is losing to the laughable Lions.