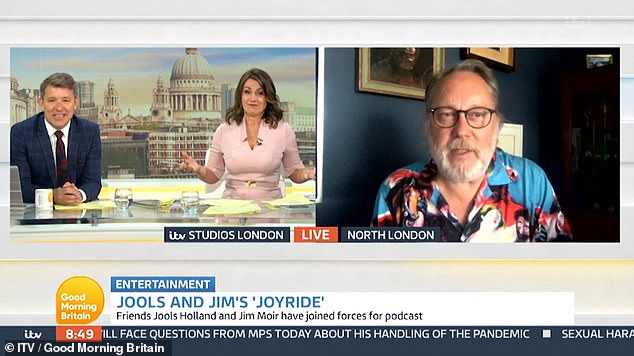 ‘Thanks for actually bothering to talk to us’: Ben Shephard takes dig at Jools Holland after he FAILS to show up for GMB interview with Vic Reeves

By Aisha Nozari For Mailonline

Jools Holland failed to show up to his scheduled Good Morning Britain interview on Thursday.

Jools, 63, was set to appear on the morning programme alongside Vic Reeves, who is currently going by his real name, Jim Moir, to promote their podcast, Jools And Jim’s Joyride – a travel-themed podcast that sees the TV icons interview fellow stars – however only Vic, 62, appeared via videolink, much to the surprise of presenters Ben Shephard and Susanna Reid.

Addressing Jools’ no-show, Ben, 46, quipped to Vic, who he referred to as Jim: ‘It’s lovely to see you this morning Jim, thanks for actually bothering to get up to talk to us.’

No show: Jools Holland, 63, failed to show up to his scheduled Good Morning Britain interview alongside Vic Reeves, who is going by his real name, Jim Moir, 62, on Thursday

Susanna, 50, joked: ‘Do you wanna give him a quick text? Cause we’ve got a Zoom invite for him if he wants to accept it.’

Ben added: ‘Get your phone out and text him and say “Jools we’re on air”.’

Noting that his phone was nowhere in sight, Vic awkwardly told the hosts: ‘I could do, but my phone’s nowhere near me.’

Susanna then said: ‘Or we could just tell him on national television.’ 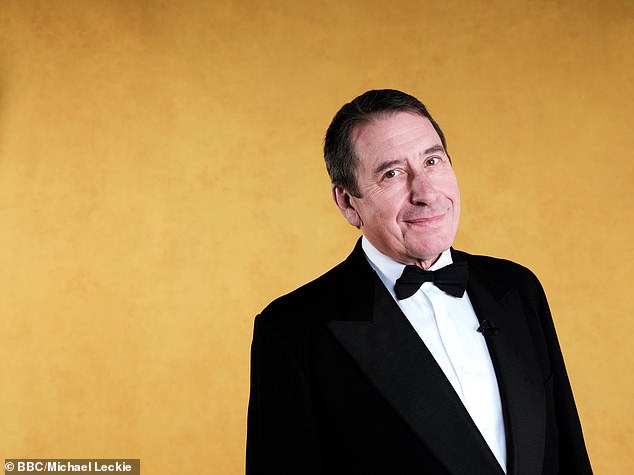 Podcast: Jools (pictured in 2020) was due to discuss their podcast Jools and Jim’s Joyride, which is a travel-themed audio series that sees the TV icons interview fellow stars on the road