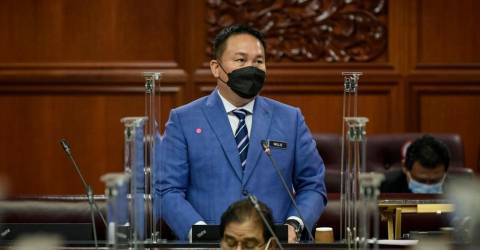 The Puncak Borneo Member of Parliament, who is in Parti Pribumi Bersatu Malaysia (Bersatu), said he would also assist the GPS candidates’ campaigns during the 12th Sarawak state election if asked by GPS.

“I have asked my supporters to support GPS candidates in Serembu, Mambong and Tarat for the upcoming Sarawak state election,” he told reporters when met at an event here, today.

Willie said he is supporting GPS because he wants political stability in Sarawak.

“We have witnessed political instability at the federal level that has caused the government and prime minister to change several times.

“I believe when we have a stable government and a stable political situation, it can lead to development for the people,” he said.

He also hoped that GPS would extend its assistance to him when he defends his seat in the next general election.