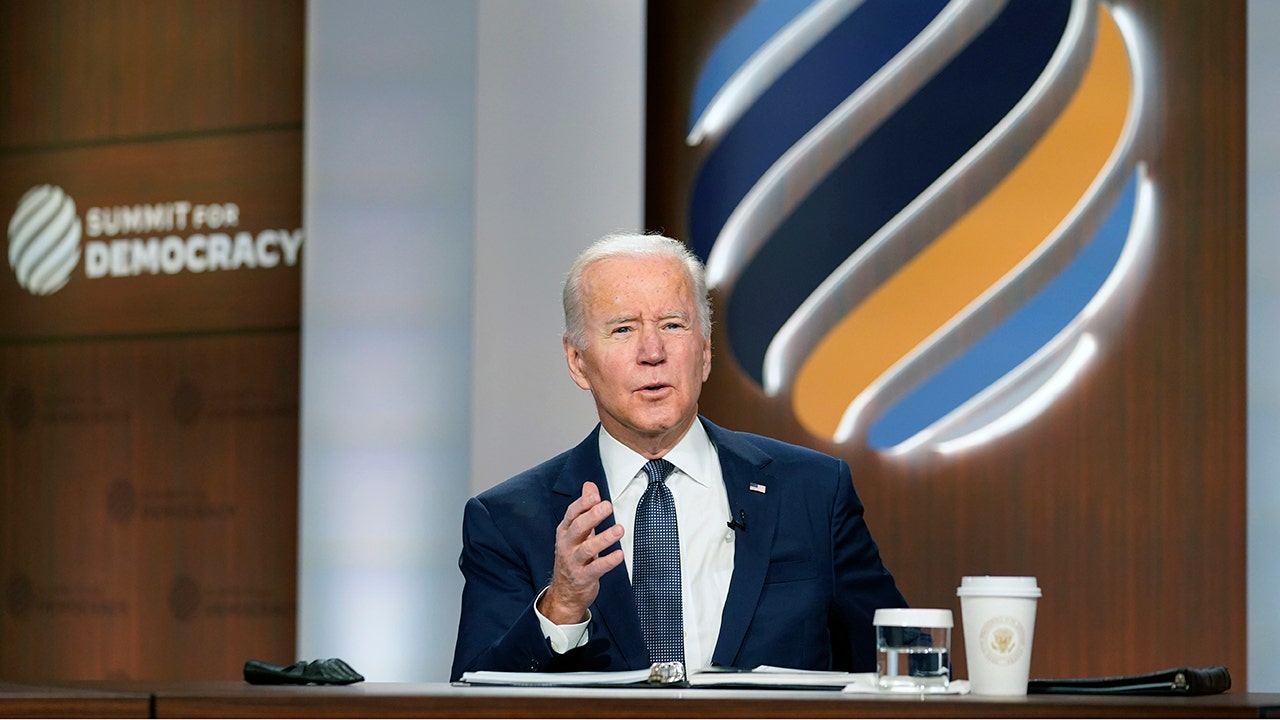 President Biden cited the Declaration of Independence in his opening remarks at the Democracy Summit on Thursday but amended it to include women as he discussed the importance of American ideals.

Biden addressed leaders from countries around the world, claiming that democracy is suffering worldwide and requires action to maintain it.

“American democracy is an ongoing struggle to live up to our highest ideals and to heal our divisions, to recommit ourselves to the founding idea of our nation captured in our Declaration of Independence, not unlike many of your documents,” Biden said before quoting the document.

President Biden speaks from the South Court Auditorium on the White House complex in Washington, Thursday, Dec. 9, 2021, for the opening of the Democracy Summit.
(AP Photo/Susan Walsh)

“We say, ‘We hold these truths to be self-evident, that all women and men are created equal endowed by their creator with certain unalienable rights, among them life, liberty, and the pursuit of happiness.’”

That was a near-exact quote of the Declaration of Independence, which says “all men are created equal.”

President Biden speaks from the South Court Auditorium on the White House complex in Washington, Thursday, Dec. 9, 2021, for the opening of the Democracy Summit.
(AP Photo/Susan Walsh)

Biden said Thursday’s event was a way for nations around the globe “to lock arms and reaffirm our shared commitment to make our democracies better” by sharing ideas, fighting corruption and protecting human rights.

The president said the summit was “a kickoff of a year of action” and that the plan is for countries to report back one year from now to discuss their progress.