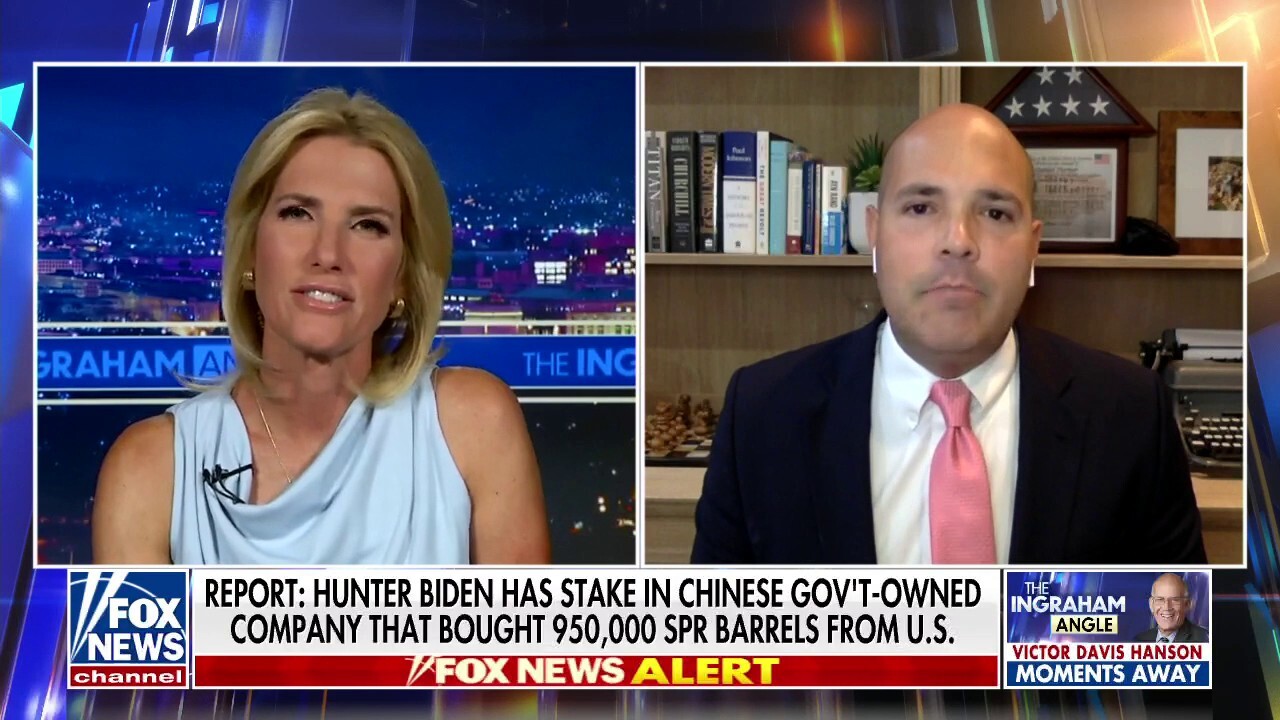 Should Biden be impeached for this?

Power the Future founder Daniel Turner reacts to President Biden selling oil barrels to a company wholly owned by the Chinese government on ‘The Ingraham Angle.’

DANIEL TURNER: This is disturbing on multiple levels. To start with, the president told us he was releasing these reserves to lower the price of gas nationally. And then you find out that he, through Secretary Granholm of the Department of Energy, is selling them around on the world market and selling them to the communist Chinese. So, “A,” we’re selling our strategic raw materials, our strategic reserves to the communist country [that’s] our adversary. And then you find out one of the companies that was brokering this deal — one of [its] top investors is, of course, Hunter Biden.

So… the president’s reprobate crackhead son is invested in a company that is buying our strategic reserves, while we’re paying more than $5 a gallon at the pump. We had an impeachment hearing about a phone call with Donald Trump and President Zelenskyy. If this doesn’t cause Jerry Nadler and it doesn’t cause Adam Schiff to ask some questions and for Congress to do its job and wonder how this Biden crime family is profiting while the American people are suffering, I don’t understand if there is a… offense that is more worthy of investigating for impeachment, let’s put it that way.