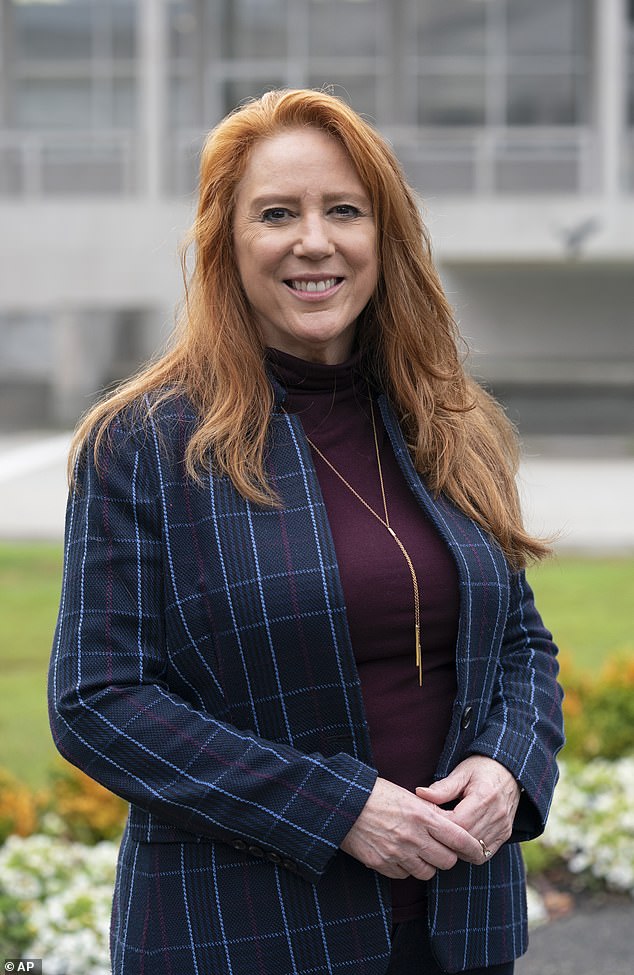 The Biden administration is reportedly in talks to appoint Kim Wyman, a Republican secretary of state who challenged former President Trump‘s false claims of fraud, to lead efforts to protect elections from interference.

It would make Wyman, 59, one of the most senior GOP appointments in the administration.

And it would propel her into a prominent position working with election officials around the country at a time when much of her own party has sown doubt about voting integrity.

Federal officials have spent weeks in talks with Wyman, Washington state‘s secretary of state, to become the election security lead for the Department of Homeland Security’s Cybersecurity and Infrastructure Security Agency, according to CNN.

As the most senior official in charge of Washington state’s 2020 election, she repeatedly denied Trump’s claims that mail-in voting could be abused and pushed back on the idea that increasingly accessibility increased the risk of fraud.

The Biden administration is reportedly in talks with Kim Wyman, the Republican secretary of state in Washington state, to appoint her to a key election security role at the Department of Homeland Security 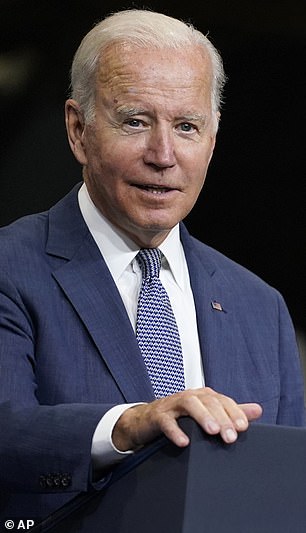 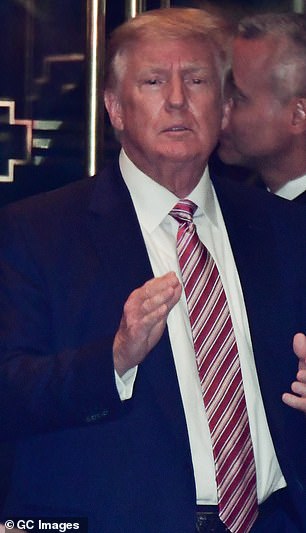 Wyman would be one of the most senior Republicans to join the Biden administration. She repeatedly hit back at Trump’s false claims about election fraud during the past two years

‘In this day and age, restricting or hindering voter access is inexcusable, and falling short of our commitment to ensuring our elections are safe, secure and accurate is irresponsible,’ she wrote for MarketWatch last year.

‘Voters must have options this fall, and they deserve to feel confident about the integrity of our elections. One of those options is voting by mail.’

And in an interview with CNN in May, she denounced Arizona’s Republican audit of its presidential results for not being transparent.

‘What we could see, you know, down the road is whatever political party is in charge of a state legislature, if they don’t like the outcome of an election, then let’s just go ahead and make up an audit, make up a process, make up some sort of review, and the public will not be well served and the public will have trouble being — having any confidence in those results,’ she said.

Attitudes towards elections have emerged as a fault line in U.S. politics, as Republican-led states try to tighten access in the name of improved security, while Democrats seek new federal protections that they say are crucial to protect the rights of minorities

Wyman’s new role would mean she acted as federal liaison to state and local officials as they protect voters from disinformation campaigns and secure vital infrastructure.

Her allies see that as a natural progression for someone who has spent 28 years running elections – first as a county elections manager and then in her statewide position. 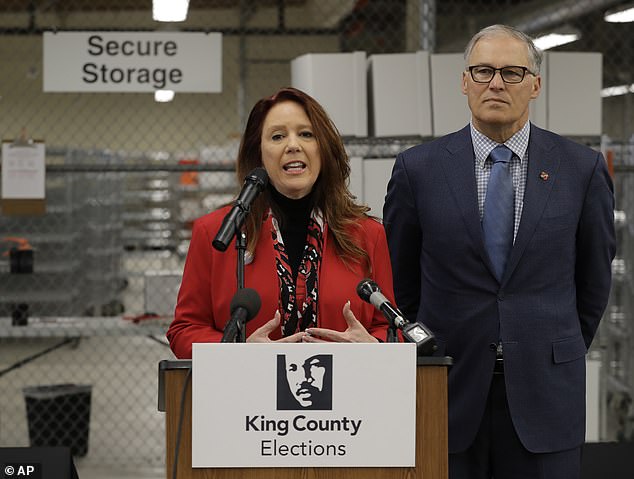 Washington Gov. Jay Inslee, right, looks on as Sec. of State Kim Wyman, left, talks to reporters about measures the state will take to ensure secure voting in 2018 elections

Her independence has made her that rare thing in West Coast politics: a Republican who can triumph in statewide elections.

Last year she won a third term as secretary of state.

She did it by outperforming Trump, winning 53.5 percent of the statewide vote to the then president’s 38.5 percent.

That has led some pundits to say she is well positioned to run for governor.

‘She’s out there on national television disagreeing with Donald Trump,’ he said soon after she was reelected.

‘That’s one of the things that signaled she sees her role as nonpartisan, as being a neutrally competent administrator.’