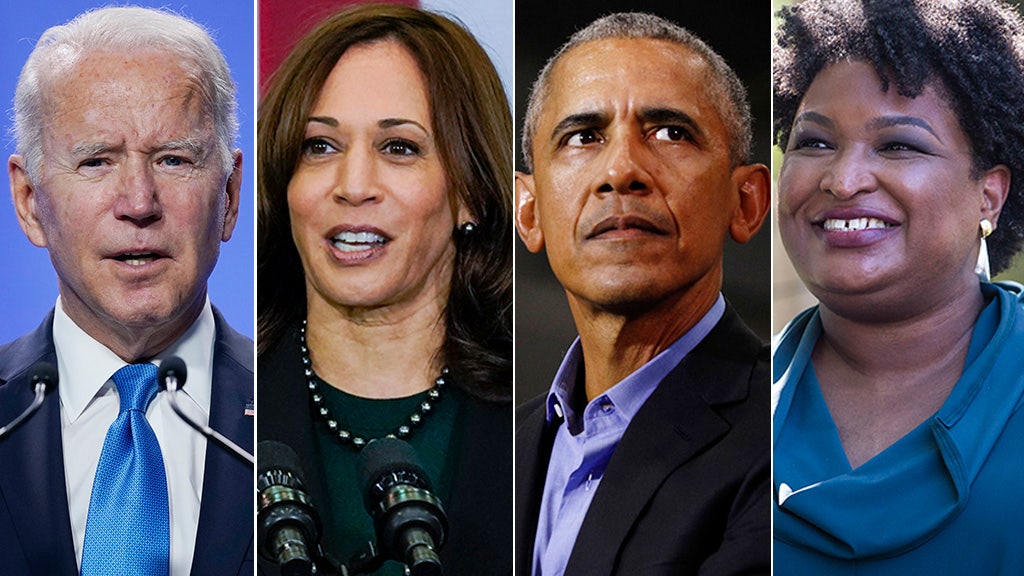 The leading lights of the Democratic Party — including President Joe Biden, former President Barack Obama, Vice President Kamala Harris and voting-rights activist Stacey Abrams — all stepped up to bat in Virginia for Terry McAuliffe’s gubernatorial campaign, and the result was a giant whiff.

None excited voters enough to drag McAuliffe across home plate.

Meanwhile, Republican Glenn Youngkin mostly campaigned on his own and ended up seizing the governor’s mansion in Richmond.

At a campaign stop for McAuliffe last month, Biden urged Virginians to cast their votes for McAuliffe and insisted the former Democratic National Committee chairman had a proven track record from his time as governor of the state from 2014 until 2018.

“You don’t have to wonder what kind of governor Terry will be because you know what a great governor he was,” Biden said. “It wasn’t just because of what he promised. It’s what he delivered.”

Biden also echoed a false claim from McAuliffe that Youngkin “was seeking to ban certain books.”

Obama traveled to Virginia to stump for McAuliffe late last month, urging voters “to get fired up inside and then go vote.”

Harris also made a trip to the commonwealth and warned voters in the state that a loss for McAuliffe could tarnish Democrat chances in the 2022 congressional midterms and the 2024 presidential election.

“What happens in Virginia will in large part determine what happens in 2022, 2024 and on,” Harris said as she campaigned for McAuliffe. “You gonna bring this home, right? Yes you are.”

Stacey Abrams, who lost the Georgia gubernatorial election in 2018, also vouched for McAuliffe’s candidacy, campaigning for him in a number of prominently Black churches in Virginia.

“Voting is an act of faith,” Abrams said at the time, urging the churchgoers in the state to “do the job.”

Biden predicted Tuesday that Democrats were “going to win in Virginia,” noting that “it is about who shows up.”

But it wasn’t to be, and he failed to make it happen.