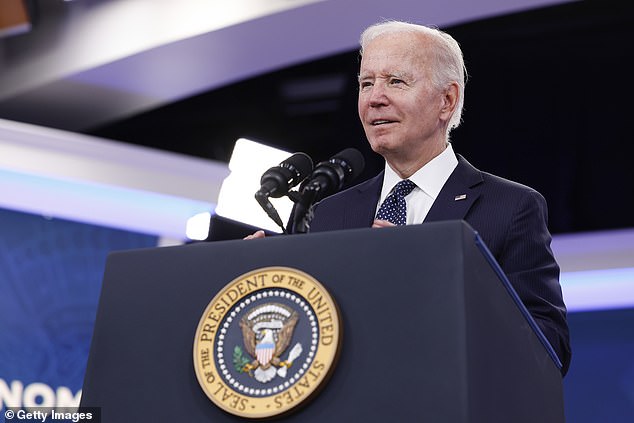 Biden’s air rage: President says airlines forcing customers to pay for extra legroom is RACIST because it hits ‘marginalized Americans and people of color the most’ – as he cracks down on ‘excessive fees’

President Biden announced a new crackdown on what he describes as ‘junk fees’ to ease inflation pressures, including surprise legroom charges that he says affect ‘low-income folks and people of color’ the most.

‘Some airlines if you want six more inches between you and the seat in front you pay more money, but you don’t know it until you purchase your ticket,’ Biden griped in remarks Wednesday.

‘Look folks, these are junk fees are unfair and the hidden marginalized Americans the hardest, especially low income folks, and people of color.’

Some scratched their heads at Biden making legroom charges a race issue. ‘These people literally have one talking point. One,’ Newsweek opinion editor Josh Hammer wrote on Twitter.

Biden suggested the actions being taken could save Americans on Thanksgiving travel.

Late last month the Transportation Department issued a new rule that airlines and third-party ticket agents would have to display additional charges, such as those for checked baggage or flight changes, when the airfare is originally displayed online rather than right as a purchaser is about to finalize the transaction.

That came after the department tightened rules on when airlines must compensate passengers for canceled or delayed flights. The department is still working on forcing airlines into giving refunds for services like on-board WiFi that do not work.

Biden announced a new crackdown on what he describes as ‘junk fees’ to ease inflation pressures, including surprise legroom charges that he says affect ‘low-income and people of color’ the most 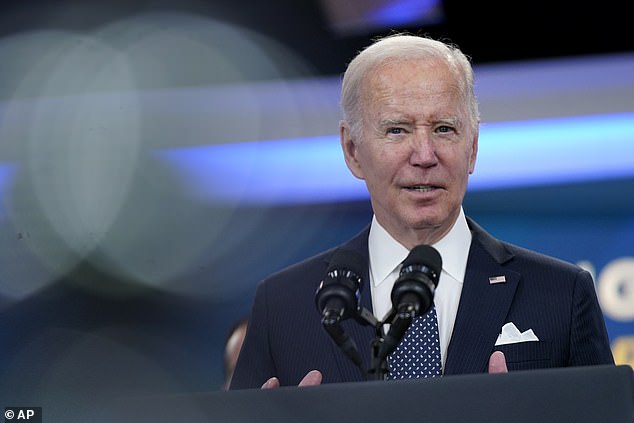 ‘Look folks, these are junk fees are unfair and the hidden marginalized Americans the hardest, especially low income folks, and people of color,’ Biden said

Biden credited his administration with encouraging more airlines to eliminate rebooking fees over the summer and said 15 of the 20 largest banks have now eliminated bounced check fees.

Instead of hitting the campaign trail, Biden is pushing out messaging from the White House that those worries are being heard.

Throughout his speech, he used examples of Americans being treated unfairly by banks and large corporations.

‘It’s wrong, it’s ridiculous, it’s unfair,’ he said at one point, using the example of parents selling a used child’s bike for $30, only to be hit with a $15 bank fee when the buyer’s check bounces.

In another instance, Biden went after bank overdraft fees.

‘You all know this, because you know this from your everyday lives,’ he said, before laying out a scenario where a consumer writes a check to pay for a bill, but gets hit with an overdraft fee because the individual’s account balance hadn’t been updated.

Economy and inflation are top of mind for voters heading to the polls in less than two weeks, and most public polling shows they trust Republicans more than Democrats to handle such matters.