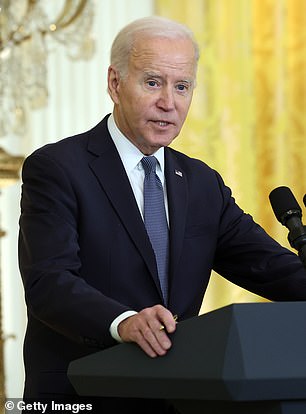 Biden says he is willing to talk to Putin – but won’t do it alone: President wants backing from NATO allies before he opens communications – and insists there is no way Russia can win in Ukraine

President Joe Biden on Thursday said he was open to meeting with Russian President Vladimir Putin but put several caveats on such a sit down.

Biden said the meeting would have to be with NATO allies and that Putin needs to be ready to talk about how to end his invasion of the Ukraine.

The president, speaking at a joint news conference at the White House with French President Emmanuel Macron, said he would choose his words carefully when he was asked about meeting with the Russian president.

‘I have no immediate plans to contact Mr. Putin. Mr. Putin is — I’m going to choose my words very carefully, he said, pausing before he continued. 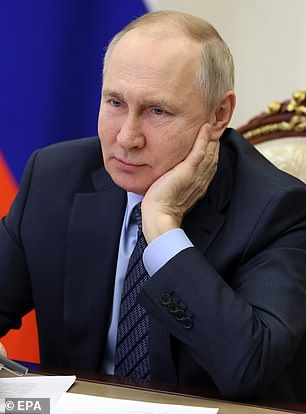 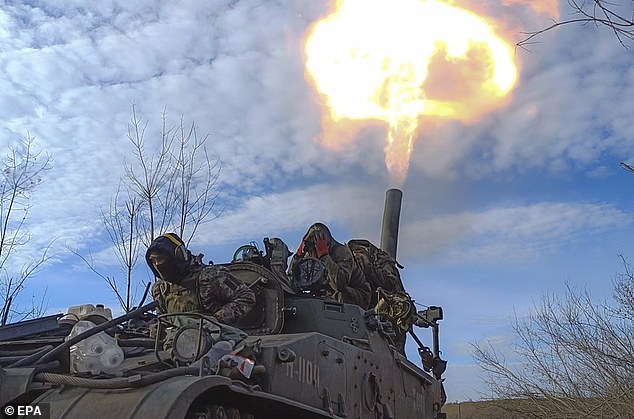 Biden said the only way to end the war in the Ukraine was for Putin to withdraw his forces.

‘The idea that Putin is ever going to defeat Ukraine is beyond comprehension,’ the president added.

In their state visit on Thursday, Biden and Macron both reiteriated their strong support for Ukraine.

In a joint statement issued after their Oval Office talks, the two leaders said they were committed to holding Russia to account ‘for widely documented atrocities and war crimes, committed both by its regular armed forces and by its proxies’ in Ukraine.