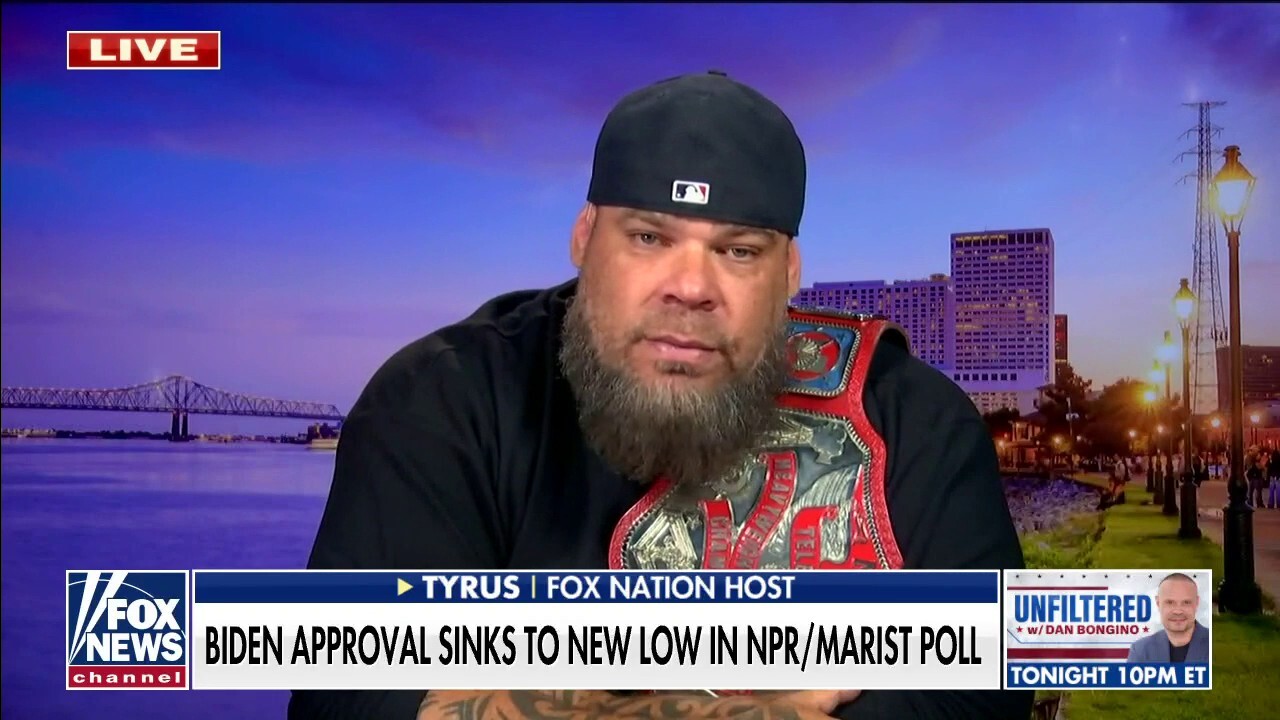 “The only way that [Biden] could save his presidency would be – and I’m not saying this as a Republican, I’m…saying this as a parent and American citizen – is to step down,” he said.

Although Biden is a “moderate,” he has “made a deal with the devil with the progressive agenda,” Tyrus said. “He has a progressive staff. You know, they basically are going after him every chance they get. They don’t support him.”

Vice President Kamala Harris “goes out of her way not to do things he has asked her to do,” he continued, suggesting that Biden’s chances at a second term appear increasing,y slim.

“There is no reelection,” he added.

Responding to the left’s characterization of the United States’ withdrawal from Afghanistan as “a little messy,” Tyrus asked, “How dare you say it was ‘a little messy’? My man cave is a little messy. You understand that is the problem with the elite telling us how the world really is.”

Co-host Raymond Arroyo cited further proof of voters’ dissatisfaction with elites, saying that most Americans are “deeply concerned” about Biden’s mental and general health. He called the president “unsteady” and a cause of chaos both domestically and abroad.

Arroyo mentioned another poll that found 39% of Americans “believe inflation is the most important issue,” remarking that Democrats’ answer is to “go pound sand” as they push for the $1.75 trillion Build Back Better bill.

It includes a corporate tax hike, universal pre-kindergarten, marriage penalty, and a child tax credit for illegal immigrants, according to Arroyo.

“I don’t think this is what America wants, so it doesn’t matter who is on that ticket with that policy, [Democrats are] going to lose,” he concluded.