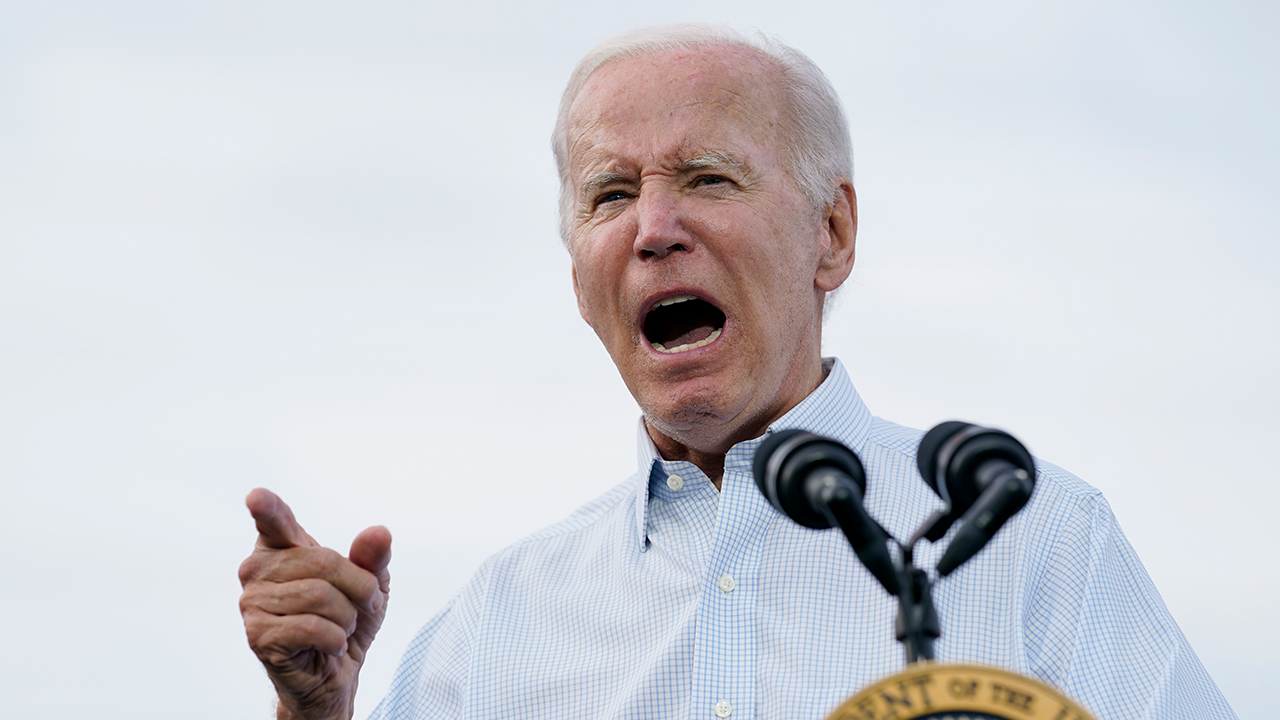 President Joe Biden visited Pennsylvania for the second time in less than a week and again condemned “MAGA Republicans” in a pitch to union workers outside Pittsburgh on Monday.

“This is not your father’s Republican Party. This is a totally different party, man,” Biden said in West Mifflin.

“We have a choice. Trump and the MAGA Republicans made their choice. We can choose to build a better America, or we can continue down this sliding path to oblivion to where we don’t want to go.”

The president made the stop in Pennsylvania after a speech earlier in the day in Milwaukee, Wisconsin. Both battleground states have critical senate races in the upcoming midterm elections that could decide which party controls the U.S. Senate next year.

“If I have to be in a foxhole, I want John Fetterman in there with me,” Biden said.

The president’s criticism of “MAGA Republicans” echoed comments he made in Philadelphia on Thursday, when he said that “MAGA forces are determined to take this country backwards.”

Former President Donald Trump blasted Biden’s speech on Saturday in Wilkes-Barre, Pennsylvania, calling it the “most vicious, hateful and divisive speech ever delivered by an American president.”