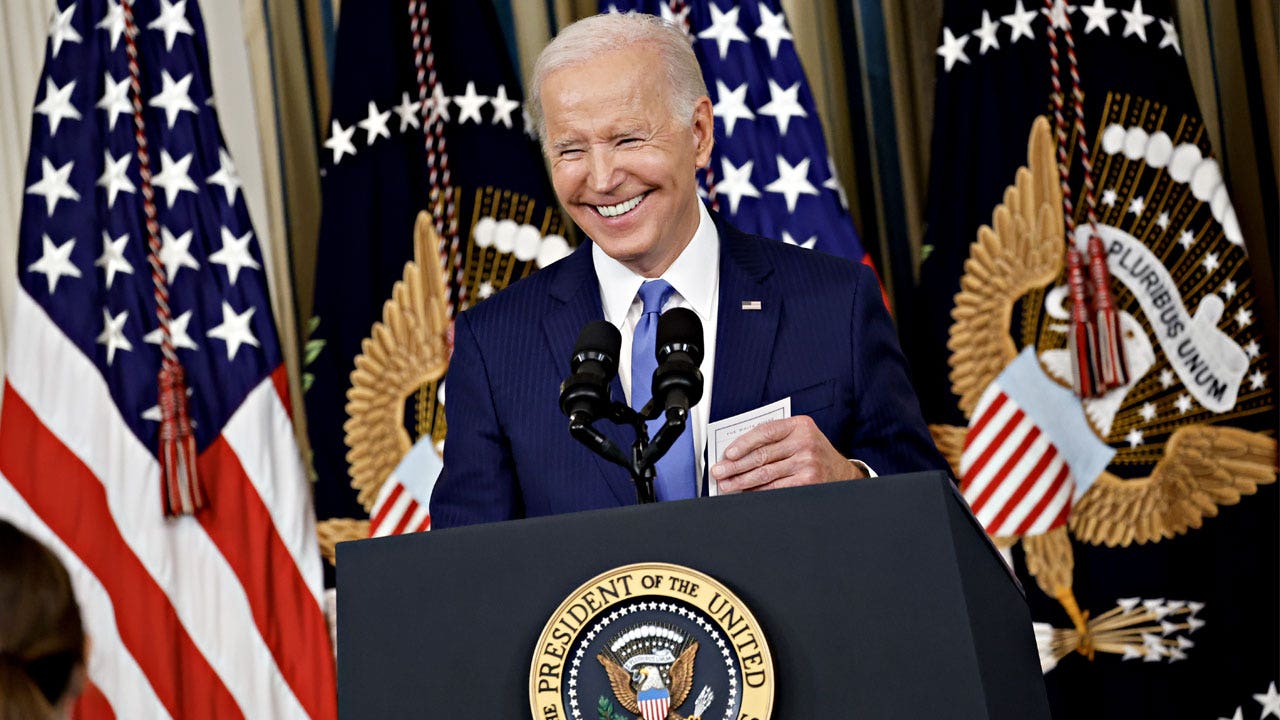 President Biden said during a press conference on Wednesday that he plans on doing “nothing” differently in the next two years of his presidency.

Biden was responding to a reporter’s question asking what he plans to do in order to change the opinion of voters on the direction of the country as he considers a re-election bid in 2024.

“Nothing, because they’re just finding out what we’re doing,” the president responded.

He asserted that “the more they know about what we’re doing, the more support there is.”

President Biden smiles during a news conference in the State Dining Room of the White House in Washington, D.C., on Wednesday.
(Ting Shen/Bloomberg via Getty Images)

Sixty-one percent of people surveyed in the Fox News Voter Analysis believe that things in the U.S. are headed in the wrong direction.

After listing several things his administrations sees as accomplishments, Biden repeated that he wouldn’t “change the direction.”

“I said I ran for three reasons. I’m going to continue to stay where I am. I know I fully understand the legitimate concern that what I’m saying is wrong,” he said.

THE PATH FOR REPUBLICANS TO CAPTURE THE HOUSE MAJORITY

President Biden responds during a news conference in the State Dining Room of the White House in Washington, D.C., on Wednesday.
(Ting Shen/Bloomberg via Getty Images)

Biden’s comments come just after the midterm elections, which he says went well for Democrats.

President Biden said he plans to run for re-election, despite voters suggesting they want someone else in 2024.
(Fox News)

Biden also said during the press conference that a “red wave” didn’t materialize.

“While we don’t know all the results yet, at least I don’t know them all yet, here’s what we do know — the press and the pundits were predicting a giant red wave — it didn’t happen,” he said.