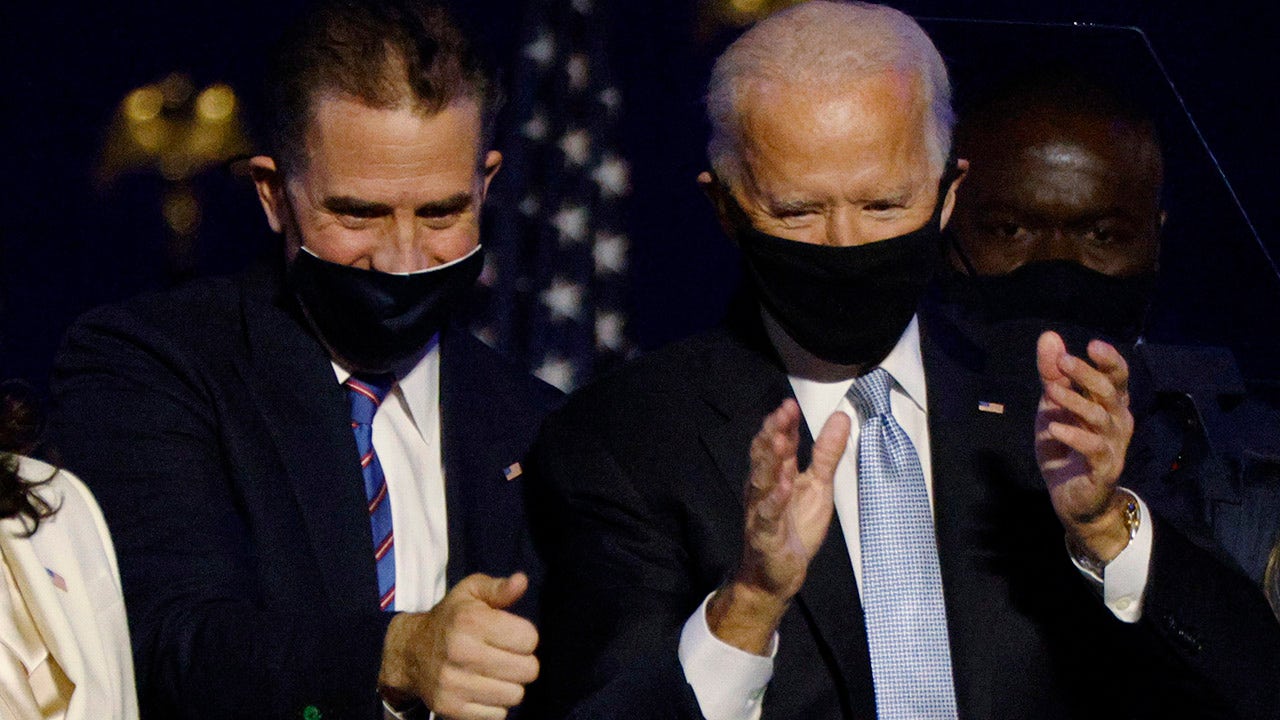 President Biden wished House Republicans “lots of luck” if they follow through on their commitments to use a GOP majority to investigate his son Hunter’s business dealings, saying that he “can’t control what they’re going to do.”

Biden, taking questions from the White House on Wednesday as the balance of power hangs in limbo in Congress, was asked about congressional Republicans’ intentions to launch a number of investigations into his presidency, cabinet officials, certain policies and business ventures of his son and his family should they take the majority in the House of Representatives and the Senate.

“Lots of luck in your senior year, as my coach used to say,” Biden joked. “Look, I think the American public wants us to move on and get things done for them.”

He added: “Look, I can’t control what they’re going to do, all I can do is continue to try to make life better for the American people.”

Hunter Biden has been under federal investigation for his tax affairs since 2018.

Fox News first reported in July that the federal investigation, being conducted by Trump-appointed Delaware U.S. Attorney David Weiss, has reached a “critical stage,” and that federal investigators are weighing charges.

Fox News reported in July that Weiss and Justice Department officials were looking into whether to charge Hunter Biden with various tax violations and, more seriously, possible foreign lobbying violations.

Hunter Biden, son of President Biden, arrives with wife Melissa Cohen Biden prior to the awarding of Presidential Medals of Freedom during a ceremony in the East Room at the White House in Washington, D.C., on July 7, 2022.
(Kevin Lamarque)

The source, at the time, said Hunter Biden could face possible false statements charges, which could be related to whether he lied during a gun purchase in 2018.

Fox News first reported last year that police had responded in 2018 to an incident in which a gun owned by Hunter Biden was thrown in a trash can outside a market in Delaware.

A source with knowledge of the Oct. 23, 2018, police report told Fox News that it indicated that Hallie Biden, the widow of President Biden’s late son, Beau, and who was in a relationship with Hunter at the time, threw a gun owned by Hunter in a dumpster behind a market near a school.

A source told Fox News that no final decision has been made on whether to charge Hunter Biden and stressed that the investigation is ongoing.

Fox News first reported in December 2020 that Hunter Biden was a subject/target of the grand jury investigation, according to a well-placed government source.

The federal investigation into Hunter Biden was predicated, in part, by suspicious activity reports (SARs) regarding foreign transactions.

President Biden smiles during a news conference in the State Dining Room of the White House in Washington, D.C., on Wednesday.
(Ting Shen/Bloomberg via Getty Images)

Weeks after the 2020 presidential election, Hunter Biden released a statement acknowledging the federal investigation into his “tax affairs.”