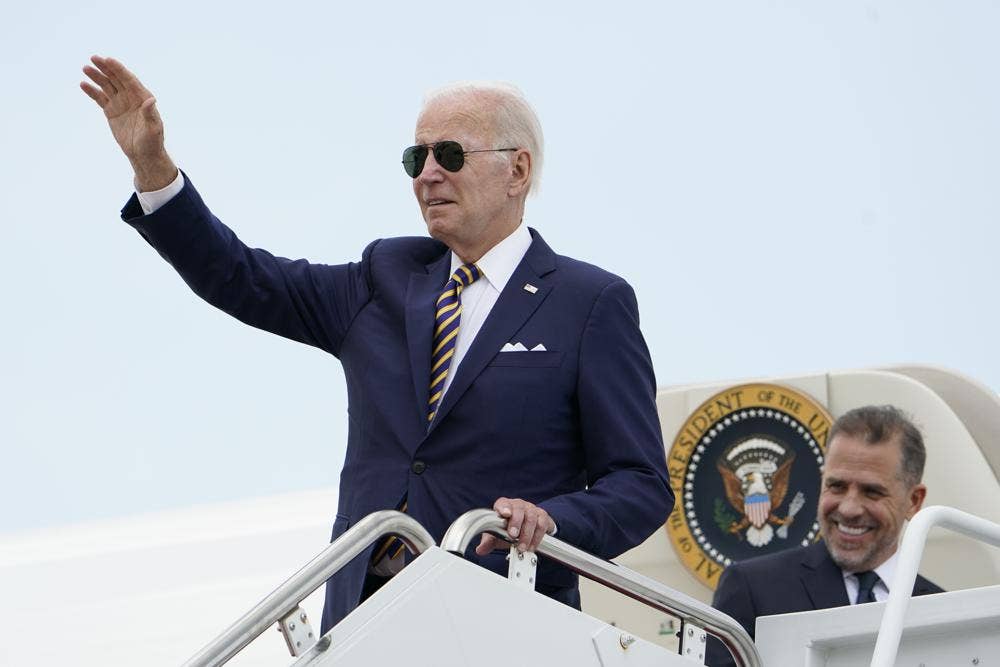 President Biden’s decision to hand out $10,000 in student debt for Americans making under $125,000 annually is drawing a disparate response from Republicans and Democrats on Capitol Hill.

“By delivering historic targeted student debt relief to millions of borrowers, more working families will be able to meet their kitchen table needs as they continue to recover from the challenges of the pandemic,” said House Speaker Nancy Pelosi, D-Calif.

The move comes as the national debt stands at more than $30 trillion, according to a February report from Treasury Department. The federal budget deficit, meanwhile, stood at $727 billion as of the end of July, according to the Congressional Budget Office.

GOP lawmakers were quick to rebuke the decision as an abdication of personal responsibility that would only benefit a section of the American population.

Some, like Sen. Mitt Romney, even suggested the decision was a cynical ploy by the White House to keep young voters in its column ahead of the November midterms.

“Sad to see what’s being done to bribe the voters,” said Romney, R-Utah. “Biden’s student loan forgiveness plan may win Democrats some votes, but it fuels inflation, foots taxpayers with other people’s financial obligations, is unfair to those who paid their own way and creates irresponsible expectations.”

Republicans largely argued, however, that the move will worsen inflation, which has already resulted in prices rising at the fastest rate in 40 years. They also claimed that Biden’s proposal did little to address the reason for why higher education costs had exploded in recent decades.

“It’s called personal responsibility: if you take out a loan, you pay back the loan,” said Rep. Ben Cline, R-Va. “Biden’s student loan debt cancellation is a handout to the coastal elites and will fall on the backs of hardworking American taxpayers who didn’t have a chance to attend college.”

Biden announced Wednesday plans to give $10,000 for borrowers making less than $125,000 annually. Pell Grant recipients will receive $20,000 in debt handouts provided their income is below the $125,000 threshold. Administration officials claim that no individual or household in the top 5% of earners will benefit from the decision.

The White House is also extending pause on student loan payments through the end of the year. Coinciding with the announcement is a new Education Department proposal that allows borrowers to cap undergraduate loan repayment at 5% of their monthly income.

“Today is a day of joy and relief. President Biden is canceling up to $20,000 of federal student debt for as many as 43 million Americans — a powerful step to help rebuild the middle class,” said Sen. Elizabeth Warren, D-Mass. (AP Photo/Patrick Semansky)

“Today is a day of joy and relief. President Biden is canceling up to $20,000 of federal student debt for as many as 43 million Americans — a powerful step to help rebuild the middle class,” said Sen. Elizabeth Warren, D-Mass. “This will be transformative for the lives of working people all across this country.”

While most Democrats praised Biden for the decision, many others also said that credit belonged to the party’s progressive grassroots faction which had been vocal in calling on the White House to act.

Despite the news, Democrats signaled that they would continue pushing Biden and administration officials until all student debt was canceled.
(Jemal Countess/Getty Images for We, The 45 Million)

“Grateful for the organizers, activists, and advocates who never let up in the push for student debt cancellation,” said Rep. Cori Bush, D-Mo. “This victory is because of you.”

Despite the news, Democrats signaled that they would continue pushing Biden and administration officials until all student debt was canceled.

“Make no mistake, the work — our work — will continue as we pursue every available path to address the student debt crisis, help close the racial wealth gap for borrowers, and keep our economy growing,” said Senate Majority Leader Chuck Schumer, D-N.Y.

Republicans, meanwhile, said that Biden’s decision proved the White House was beholden to far-left elements within the Democratic Party.

“Democrats are literally using working Americans’ money to try to buy themselves some enthusiasm from their political base,” said Senate Minority Leader Mitch McConnell, R-Ky. “This is the one consistent thread that connects Democrats’ policies: Taking money and purchasing power away from working families and redistributing it to their favored friends.”