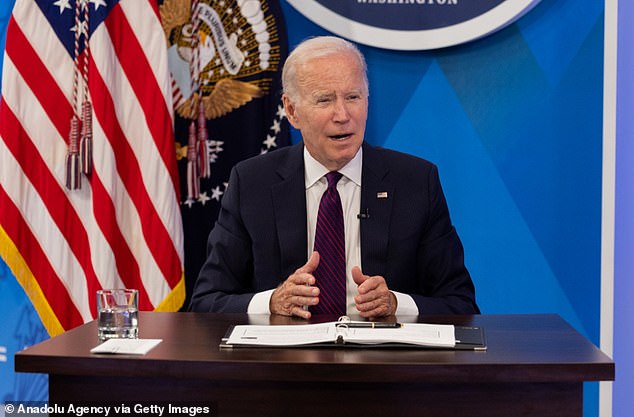 The most broadly impactful measure is the cancellation of up to $10,000 in student debt for borrowers making under $125,000 or $250,000 married. Pell Grant recipients – generally from low-income backgrounds – are eligible for up to $20,000 in relief.

The Biden administration expects that will mean $240 billion in lost revenue over the next decade.

But even without the cost estimates of the other policy points, several private analyses already suggest the White House’s projection is modest at best.

Among the most highly-cited is the Penn-Wharton budget model, which predicts total costs could reach $1 trillion.

‘It is ludicrous to think that the White House’s student loan forgiveness plan will only cost $240 billion over a decade,’ Taxpayers Protection Alliance President David Williams told DailyMail.com on Monday.

‘When there is an income threshold of $125,000 for individuals and $250,000 for couples, this handout will be available to millions of Americans, many of whom make plenty of money and shouldn’t be asking taxpayers for a handout to help pay off their student loans.’

The debt cancellation portion alone could cost $469 billion to $519 billion, according to Penn-Wharton – roughly double the White House’s figure.

President Joe Biden’s plan for student loan debt will cost the federal government up to $1 trillion, according to a recent Penn-Wharton budget model

A ‘static’ assessment with other measures such as the repayment moratorium extension and income-driven repayment plan (IDR) bring the estimated price tag to $605 billion. Other costs are projected to push the total even higher.

The non-partisan Committee for a Responsible Federal Budget (CRFB) estimates the 10-year cost to be between $440 billion and $600 billion.

Another calculation, from the National Taxpayers Union, suggests the cost of the debt cancellation portion could exceed $400 billion.

He promised a full cost sheet would come from the Department of Education and Office of Management and Budget ‘in the coming weeks.’

But the Taxpayers Protection Alliance president slammed the plan as a ‘bailout’ for well-off college graduates. 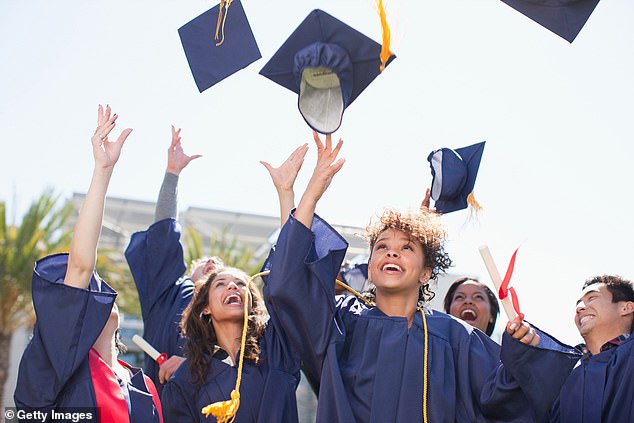 ‘It’s easy for the White House to play down the costs of this bailout because there probably won’t be any consequences when that $240 billion balloons into $800 billion or $900 billion,’ Williams told DailyMail.com.

‘With a debt of more than $30 trillion, there is no reason for anybody in the country to take either party seriously when they give cost estimates of legislation or presidential decrees.’

Republicans have accused Biden of overreaching his authority and claim the measures will unfairly shift an added tax burden onto Americans without college degrees.

Democrats who have been against it – primarily moderates in vulnerable midterm seats –  have said it does not address the root cause of out-of-control higher education tuition.

Both sides of the aisle have shared concerns about the plan’s impact on inflation – which reached a 40-year high of 9.1 percent in June before subsiding somewhat to 8.5 percent last month.