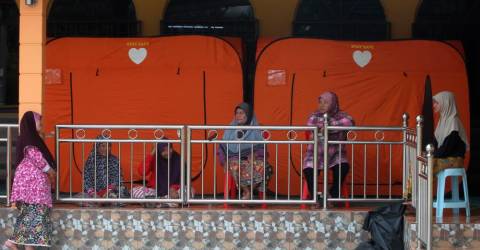 IPOH: The presence of ‘big guns’ from political parties, film directors and flash floods were among the highlights on nomination day for the 15th General Election (GE15) in Perak.

Meanwhile, Film director Datuk Jurey Latiff Rosli also threw his hat into the ring in Perak and contest the Lenggong Parliamentary seat on a PKR ticket.

In the midst of the bustle of the candidates’ nomination process today, five temporary evacuation centres (PPS) were opened to accommodate 274 victims of flash floods around Taiping since yesterday afternoon.

The rumble of the nomination process was also marred by a case of political party posters and banners gone missing in Sungai Siput, which police are investigating under Section 427 of the Penal Code for mischief. – Bernama