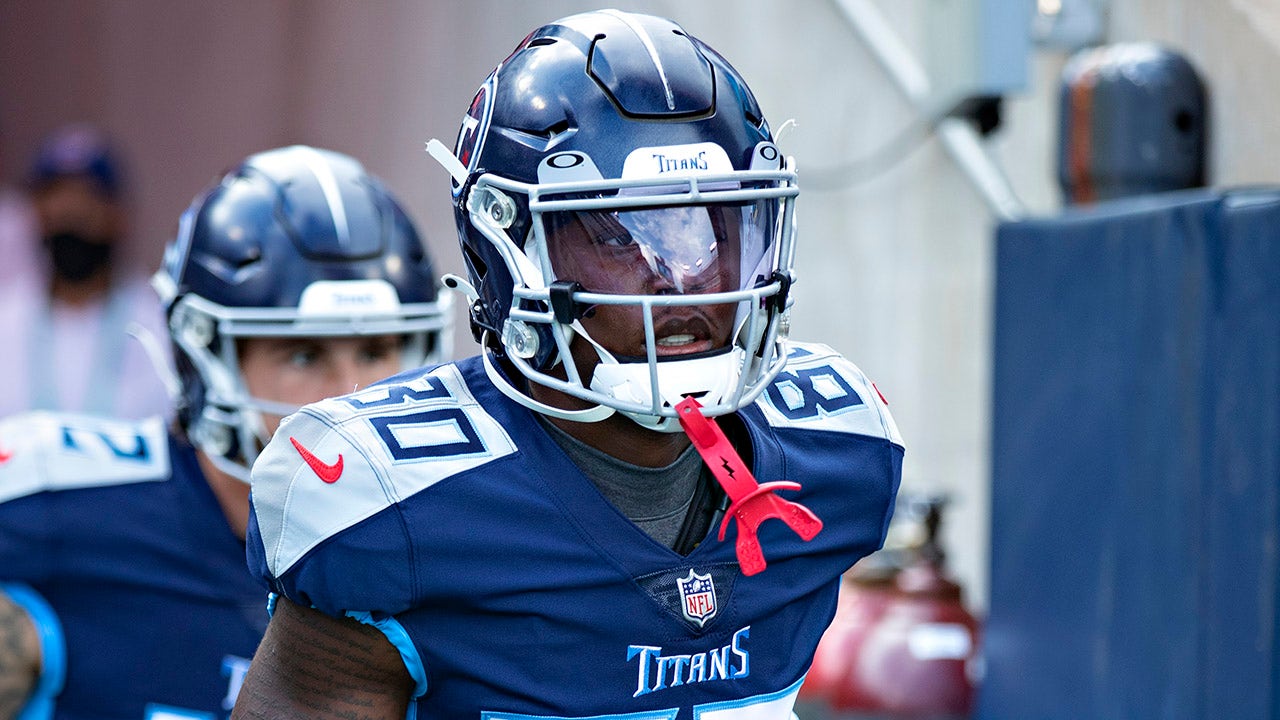 The Buffalo Bills threw some shade at the Tennessee Titans on social media after one player was penalized for trying to lateral the ball across the field on a punt.

Titans returner Chester Rogers fielded the punt and threw it across to Chris Jackson, who then ran the ball a few years forward.

Chester Rogers #80 of the Tennessee Titans jogs onto the field before a NFL Preseason game against the Chicago Bears at Nissan Stadium on August 28, 2021 in Nashville, Tennessee.  The Bears defeated the Titans 27-24.
(Photo by Wesley Hitt/Getty Images)

Rogers may have been trying to do some recreation of the “Music City Miracle” — the famous play that occurred in the 2000 AFC wild-card playoff game that saw Frank Wycheck throw a lateral across the field to Kevin Dyson on a kickoff. Dyson would run the ball for a touchdown to win the game.

The play on Monday night was not that.

STEELERS’ MIKE TOMLIN ON LATE 4TH QUARTER REVIEW: ‘IT WAS AN EMBARRASSMENT’

Rogers clearly threw the ball forward and was lucky it wasn’t intercepted and taken the other way. The Titans were flagged on the play for throwing an illegal forward pass.

The Bills took enjoyment in adding to the trolling on social media.

Tennessee Titans running back Derrick Henry (22) runs 76 yards for a touchdown against the Buffalo Bills in the first half of an NFL football game Monday, Oct. 18, 2021, in Nashville, Tenn.
(AP Photo/Mark Zaleski)

According to ESPN, the initial plan was for Dyson to run out of bounds if he was met by any Bills defenders during that playoff game more than 20 years ago. But when the wide receiver only had kicker Steve Christie in his way, all bets were off.

Tennessee Titans wide receiver Kevin Dyson (87) takes a kickoff return 75 yards for a touchdown during the AFC Wildcard Playoff, a 22-16 victory over the Buffalo Bills on January 8, 2000, at Adelphia Coliseum in Nashville, Tennessee.
(Photo by Allen Kee/Getty Images)

“When Christie went down, everything just went silent. I can remember thinking, ‘Should I get out of bounds?’ but then I was like, ‘This is it,’ and it was smooth sailing,” Dyson told ESPN in 2020.