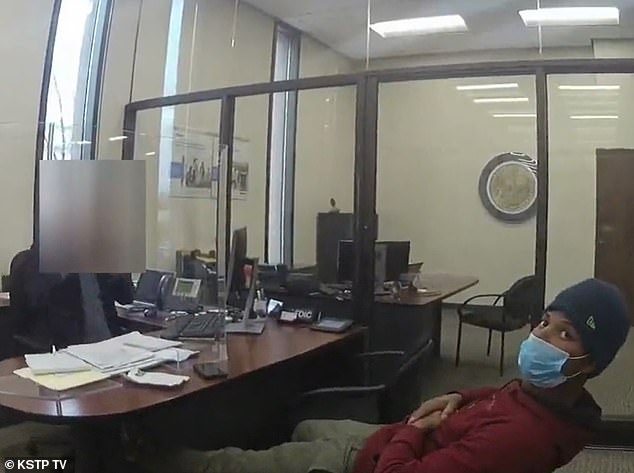 A 23-year-old black grocery distributor was put in handcuffs last year while trying to cash his paycheck after workers in the bank called police, claiming his check was fake, in a shocking instance of racist bias now being referred to as ‘banking while black’.

Joe Morrow was working as an order picker for UNFI in Hopkins, a suburb of Minneapolis, when he tried to cash his $900 paycheck at a branch of US Bank last October.

He had an account with the bank and had ID on him at the time, but when he tried to deposit the check, the bank teller accused him of trying to cash a fake.

They hauled him into a room for questioning and called the police, who arrived and placed him in handcuffs.

It was all filmed on bodycam footage that was released by KSTP this week after Morrow reached a private settlement with the bank.

Joseph Morrow is shown being questioned by police from the Columbia Heights Police Department while sitting opposite the bank manager at US Bank in Hopkins, Minnesota, last October. He had tried to cash his $900 pay check and the bank manger claimed it was fake 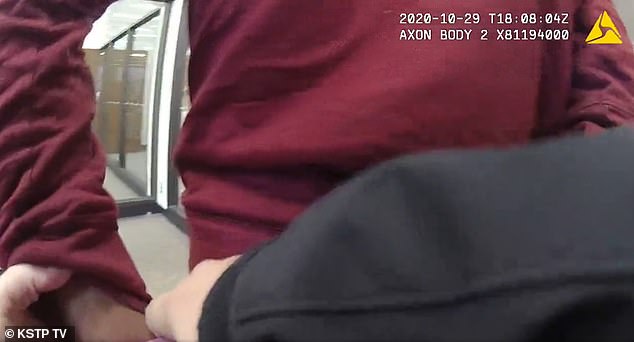 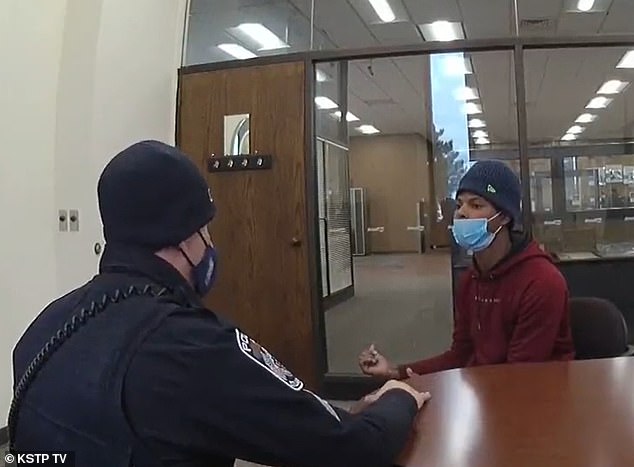 Sergeant Justin Pletcher of the Columbia Heights Police Department told him that every time he claimed he was innocent or got upset, it made him look ‘guilty’

After he was put in handcuffs, the bank manager John Askwith confirmed with Morrow’s employer that the check was real.

But by then he’d been marched out in front of other customers in the bank, and made to feel like he was a ‘criminal’ by Sergeant Justin Pletcher of the Columbia Heights Police Department.

When he protested to the white cop who responded that he was innocent, the cop warned him: ”I need you to calm down.

‘Don’t say anything stupid, because you’re going to get arrested for it.’

He later told him that he’d been arrested because others had been coming into the bank with fake checks with UNFI’s logo on it, and that he had to wait for the bank manager to verify that his was real.

‘They’re making fake checks with that logo all right. So what the branch manager has to do is call and make sure it’s a good check.

‘I need you to stay calm for this because when you start acting like this, it makes you look guilty,’ Sergeant Justin Pletcher said.

Morrow replied: ‘But I am not guilty.’ 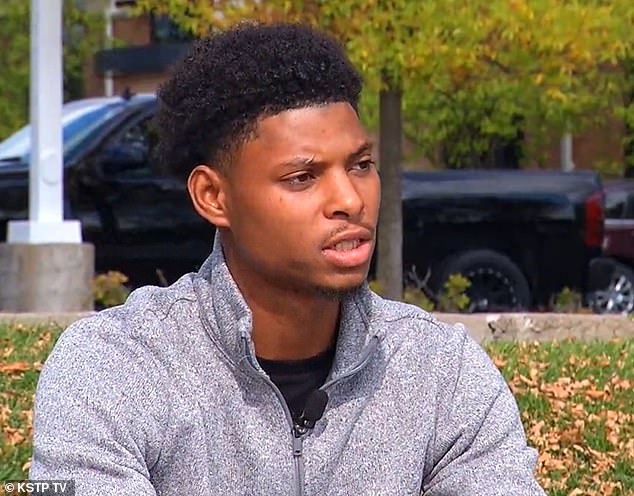 Morrow told KSTP this week that he was made to feel like a ‘criminal’ when he had done nothing wrong. He reached an undisclosed settlement with the bank, but is now speaking  out 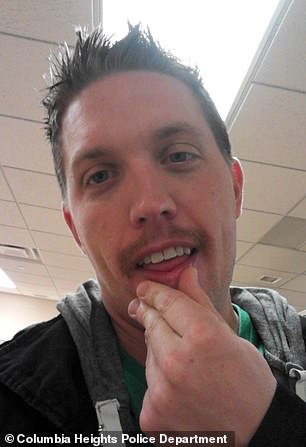 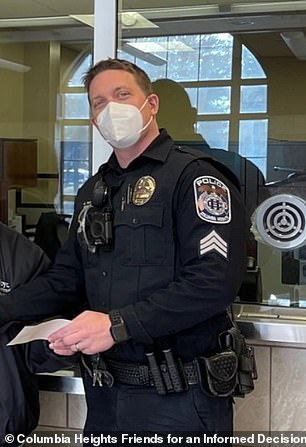 The cop who put him in cuffs and threatened to arrest him was Sergeant Justin Pletcher. He is still employed by the Columbia Heights Police Department

Pletcher shot back: ‘No no, I know. I’m saying when you start getting upset and irate. It makes you look guilty.’

US Bank recently paid him an undisclosed settlement and the CEO has apologized for the incident, but it’s unclear if anyone has been fired over the incident

In an interview with local outlet KSTP, Morrow said the bank teller told him that ‘you people always’ try to cash fake checks – a phrase he took to mean black people.

‘When I got handcuffed, everybody is looking. I was handcuffed. Like I’m a criminal or something, like I am doing something bad. I didn’t threaten him. I got up,’ he said.

The incident has been slammed by anti-racism advocates who say it would never have happened to a white person.

‘I am deeply sorry for where we failed and accept full responsibility. Our commitment to racial equity and inclusion, and that of US Bank, is unwavering.

‘What Mr. Morrow experienced is not the experience any customer should have. All of our employees are required to complete two levels of unconscious bias training, in addition to other training to prevent racial bias.

‘Sometimes, unfortunately, we do not live up to our goals.

‘In the case of Mr. Morrow, we fell short and I apologize on behalf of the bank,’ President and CEO Andy Cecere said in a letter.