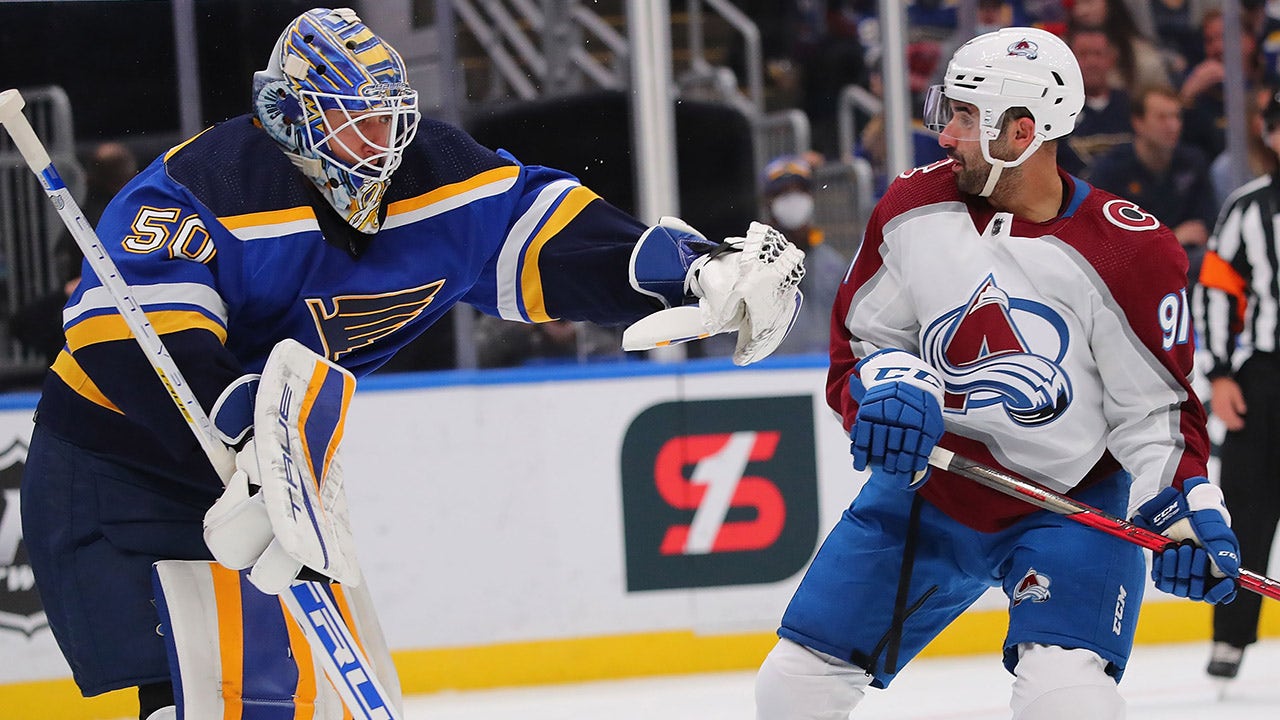 In the first minute of the game, Blues defenseman Justin Faulk and Avalanche center Nazem Kadri dropped the gloves and started to go at each other. Faulk appeared to be looking for payback following Kadri’s dangerous hit to his head during last season’s Stanley Cup playoff matchup.

Justin Faulk of the St. Louis Blues and Nazem Kadri (91) of the Colorado Avalanche fight during the game at the Enterprise Center on Oct. 28, 2021, in St. Louis, Missouri.
(Scott Rovak/NHLI via Getty Images)

Justin Faulk (72) of the St. Louis Blues gets physical with Nazem Kadri of the Colorado Avalanche at the Enterprise Center on Oct. 28, 2021, in St. Louis, Missouri.
(Joe Puetz/NHLI via Getty Images)

Kadri was suspended eight games for last season’s hit on Faulk and it appeared the defenseman didn’t forget anything from the last time they met.

Later in the game, Blues goalie Jordan Binnington was a part of a scuffle between St. Louis defenseman Jake Walman and Colorado forward Logan O’Connor. Binnington swung his stick at Kadri.

Kadri was given a 10-minute penalty during the incident with the goaltender.

“I have no idea. I don’t know why I got a 10-minute penalty there. I stayed out the scrum. We exchanged some words. I got a stick swung in my face. Then I end up with a 10-minute penalty. I’m not quite sure what it was for,” Kadri said, via TSN.

Jordan Binnington (50) of the St. Louis Blues makes a save against Nazem Kadri (91) of the Colorado Avalanche in the first period at Enterprise Center on Oct. 28, 2021, in St Louis, Missouri.
(Dilip Vishwanat/Getty Images)

“I started skating towards him but I’m about 50 feet away from the guy. I’m getting misconducts for just talking now. Not quite sure what that’s about. What are you going to do?”