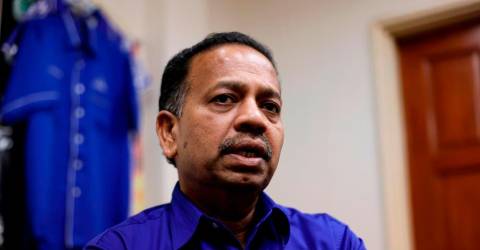 He said the position was in line with BN’s “No DAP, no Anwar” stance, Malaysiakini reports.

“The Umno general assembly’s decision of ‘No DAP, No Anwar, No Bersatu’ is still in force. Umno’s decision was also adopted by the BN leadership.

“That’s why BN had previously abstained and decided not to join the government. But, BN changed its stance to support Anwar after accepting the Yang di-Pertuan Agong’s advice and agreeing to form a unity government with Pakatan Harapan.

“So, I’m of the opinion that BN cannot demand any positions in the incoming cabinet,” he told Malaysiakini.

He said this when asked to elaborate on a Sinar Harian report that said MIC would not demand any positions in the unity government.