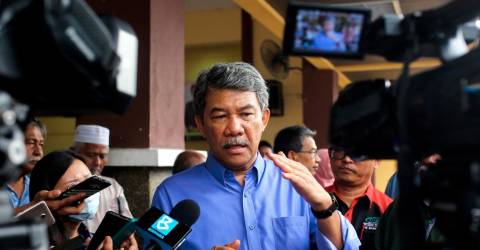 Mohamad, who is also Umno deputy president, said the parties involved need to hold discussions first before making any decision on collaborating.

“Let the parties involved hold talks because nothing has been discussed yet,” he told reporters after attending the Rembau Area Farmers’ Organisation (PPK) meet-the-customers day here today.

Next year, the state elections will be held in Selangor, Penang, Negeri Sembilan, Kedah, Kelantan and Terengganu.

PH secretary-general Datuk Seri Saifuddin Nasution Ismail was quoted as saying yesterday that PH has not decided yet if it will work with BN in the six state elections as it was now focused on strengthening the working relationship with BN in the unity government. – Bernama