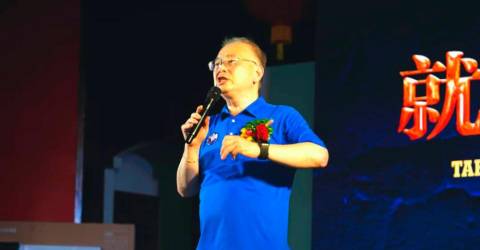 KUALA LUMPUR: The Barisan Nasional (BN) supreme council which met today to discuss the option of choosing a coalition to form the Federal Government has yet to reach a concensus when the meeting ended this afternoon.

“There was no decision made yet, we will decide and make a decision tomorrow,“ he told reporters after attending the meeting at Menara Dato Onn, Putra World Trade Centre, here today.

Earlier, top leaders from Pakatan Harapan (PH) and BN held a meeting to discuss the prospect of forming the Federal Government since no coalition managed to win by a simple majority to form the government.

The result of the 15th General Election which concluded on Saturday, saw a hung parliament when no coalition managed to garner enough seats to form the Federal Government, even by a simple majority.

Asked if MCA’s preference was PH or Perikatan Nasional (PN), Wee said: “We will consider all possibilities.”

Meanwhile, MIC President Tan Sri SA Vigneswaran said BN was still analysing the option of which party to join, whether PH or PN, to form the Federal Government.

He said MIC has only one Parliamentary seat, that is Tapah, which was won by MIC deputy president Datuk Seri M.Saravanan and added that the MIC will agree to any decision made by the BN Supreme Council.

“A Statutory Declaration (SD) will be signed once the final decision is made tomorrow,” he said.-Bernama