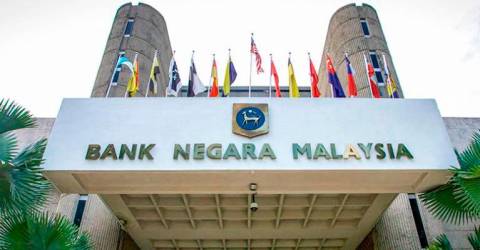 The investment bank said this is aimed at curbing the negative feedback loop.

“Another OPR hike in January could reinforce the upward spiral on the three-month Kuala Lumpur Interbank Offered Rate (3M Klibor), in our view, unless a compensating liquidity measure is announced,” it said in a note.

Maybank IB said if the OPR is kept at 2.75 per cent, analysts expect the three-year Malaysian Government Securities yield to fall to 3.25-3.40 per cent, barring any US rates selloff, and 3M Klibor to start easing gradually.

It said the market overwhelmingly expects BNM to raise the rate by 25 basis points, its fifth in a row, at the Monetary Policy Committee (MPC) meeting on Thursday.

“From a rates strategy perspective, we think investors may want to position for a surprise hold by BNM considering that the market is already well priced for additional hikes in OPR to around 3.25 per cent.

“It is true that languages in the last MPC statement in November keep the door open for more hikes but not without a caveat indicating that rate normalisation is not on any preset course,” Maybank IB said.

It said domestic growth is expected to slow considerably to 4.0 per cent from an estimated 8.0 per cent in 2022.

“Inflation is subject to volatility depending on the timing and extent of administrative price adjustments. Demand-pulled inflation requires monitoring, but may not necessarily sustain if reopening effect begins to subside and policy tightening weighs.

“Considering the OPR has already reached 2.75 per cent which we think is one to two hikes away from neutral-restrictive area, BNM can afford to pause,” Maybank IB said.

It added that foreign exchange stability is not an issue currently.

Maybank IB said that a key matter to consider is the relentless rise in 3M Klibor which has persisted beyond end-2022.

“It was last fixed at 3.71 per cent, giving an extremely wide 96-basis point spread over the OPR which likely reflects a combination of hawkish rate outlook and interbank liquidity tightness,” it noted. -Bernama