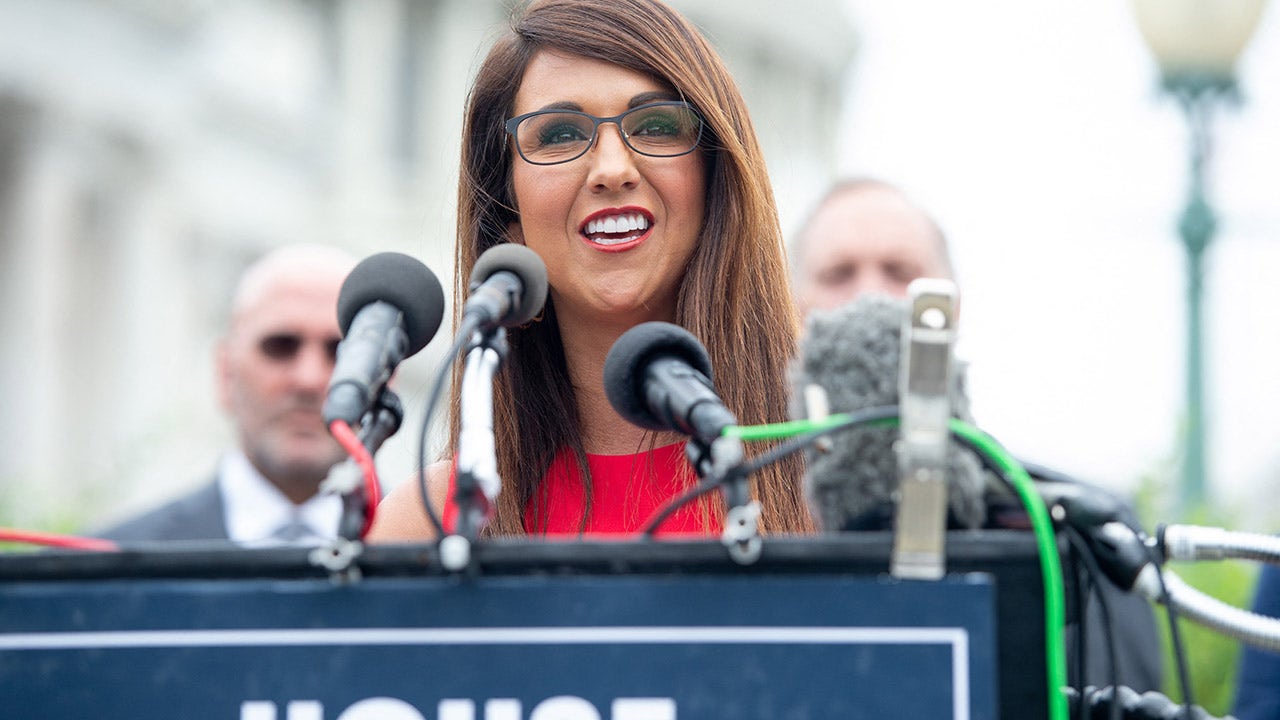 Rep. Lauren Boebert, the Colorado Republican, took to Twitter on Thursday to apparently show her idea of the new fashion trend sweeping across Washington, D.C., after this week’s elections.

Boebert’s dress read, “Let’s Go, Brandon,” the phrase that has become something of a rallying cry for President Biden’s most fierce critics, which is code for a derogatory message to the president.

The apparent photoshopped picture shows the representative next to Donald Trump, with the former president giving his familiar thumbs up.

“It’s not a phrase, it’s a movement,” Boebert posted.

Boebert has been a vocal critic of her Democratic colleagues and their effort to advance the president’s agenda. She told Fox News last month that “the American people aren’t buying” Biden’s “fast-track to socialism.”

Republicans looked at Tuesday’s election as disastrous for the Biden administration, and an example of how little sway the progressive wing of the Democrat Party has outside their districts. The most notable election win was Glenn Youngkin’s victory over Terry McAuliffe in Virginia.

Alexandria Ocasio-Cortez attends The 2021 Met Gala Celebrating In America: A Lexicon Of Fashion at Metropolitan Museum of Art on September 13, 2021 in New York City. (Photo by Kevin Mazur/MG21/Getty Images For The Met Museum/Vogue)

The election, at least early on, seemed to only further divide the country. Climate change activists also blocked the car of Sen. Joe Manchin, D-WVa., as he tried to exit a parking lot. Manchin has angered his own party over his opposition to the president’s multitrillion-dollar social spending bill.

Ocasio-Cortez’s appearance at the Met Gala followed an earlier spat with Manchin.

During an interview on the red carpet, Ocasio-Cortez said she and the dress’s designer, Aurora James, discussed “what it means to be working-class women of color at the Met.”

GET THE FOX NEWS APP

“And we said, we can’t just play along, but we need to break the fourth wall and challenge some of the institutions, and while the Met is known for its spectacle, we should have a conversation about it,” Ocasio-Cortez said.