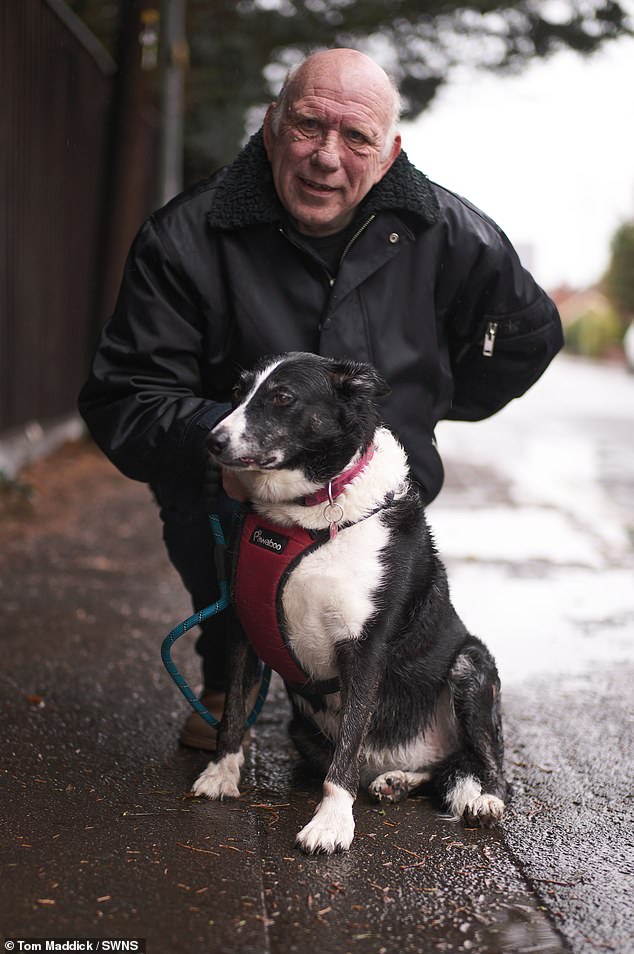 Safe and hound! Border Collie Rosie is back with owner after being spooked by a firework and running off… only to hand herself in at the police station

By Claire Duffin For The Daily Mail

When Steve Harper’s dog Rosie darted off after being spooked by a firework, he feared he would never see her again.

But he was soon reunited with the clever boarder collie after she handed herself in at a police station.

The moment Rosie walked through the automatic doors at Loughborough Police station was captured on CCTV.

She then wandered around the station before lying down by the doors.

Stunned officers checked her collar which had her owner’s name and number and called Steve and wife Julie to let them know Rosie was safe.

Steve Harper was reunited with Rosie the Border Collie after she got spooked by a firework and ran off, but handed herself into a police station

Rosie was off the lead with Mr Harper in the Southfields Park area of Loughborough, Leics., when she ran away on November 3.

The ten-year-old rescue dog managed to walk by herself to the police station on South Field Road which is half-a-mile away.

‘She ran away and went under the hedge.

‘I thought I’d find her cowering under it and be able to soothe her but she had gone into the council offices and when I got there, she had left and was nowhere to be seen.’

Mr and Mrs Harper got Rosie eight years ago after she was rescued.

Mrs Harper, 62, said: ‘I was so pleased and so happy she was safe and so proud of her that she was clever enough to find her way to the police station. 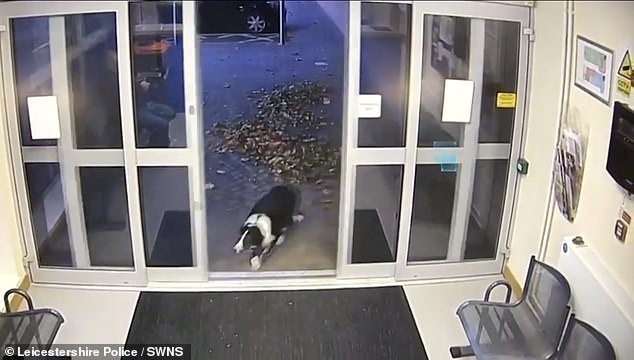 ‘Steve was upset, he thought he lost her. He was searching but couldn’t see her.

‘The police phoned and asked if we had a black and white collie and that she had handed herself in.

‘Steve was distraught when I phoned but I told him the police had her.

She added: ‘It’s thunderstorms, fireworks and even the Mastermind music that has her diving behind the settee.

‘It’s just a bit different for her when she ran away but she was pleased to see Steve.’ Leicestershire Police said: ‘Thankfully she was wearing a collar, so a lead was available to contact Rosie’s owner, who was delighted she had been found safe and well. 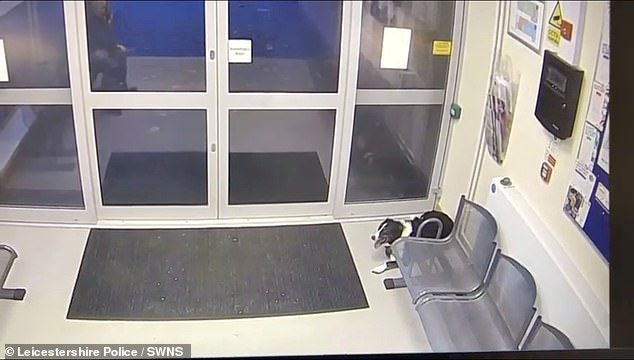 The moment was caught on CCTV after it wandered into the waiting room in Loughborough, Leicestershire, last Friday

‘What a lovely, clever dog.

‘Our staff fetched some water for Rosie, and made fast friends with plenty of fuss.’ Since police posted the footage on their Facebook page, it has attracted more than 2,000 views and shares.

Another wrote: ‘Obviously wants to be part of the K-9 unit and become a police dog. Glad she ended up safe and well at the police station.’